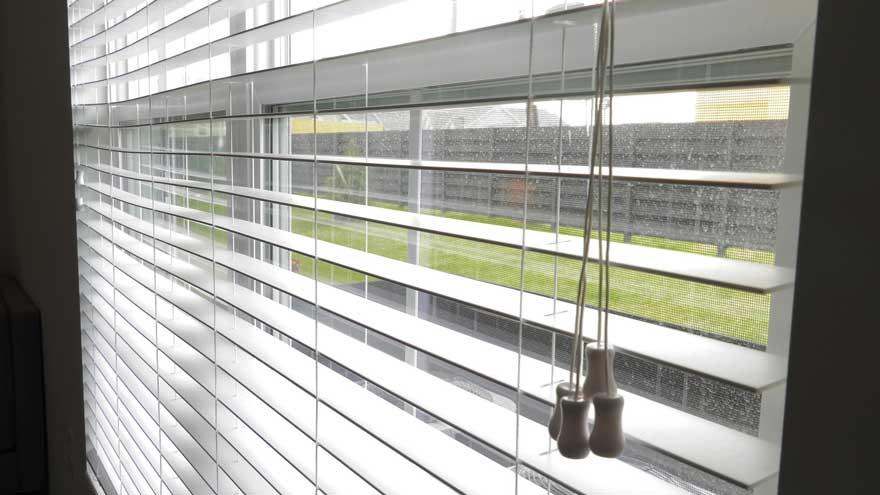 (CNN) -- Nearly one child dies every month and about two are injured every day in window blind-related incidents, according to a new study.

From 1990 to 2015, nearly 17,000 children younger than 6 were treated in emergency rooms for window-blind related injuries, according to the research, published Monday in the medical journal Pediatrics.

The study analyzed data from two national databases that collect hospital and field investigation information. It showed most injuries were minor and did not require hospitalization; the most common injuries involved being struck by a window blind, such as being hit by a falling blind, or when a blind is pulled onto a person.

But entanglement -- which accounted for 11.9% of all cases -- was associated with nearly 80% of 726 hospitalizations and more than 94% of 271 deaths of children during that period.

Almost all the cases of entanglement involved window blind cords.

Dr. Gary Smith, director of the Center for Injury Research and Policy at Nationwide Children's Hospital in Columbus, Ohio, noted that there are voluntary safety standards for window coverings, and past recalls of specific types of blinds.

But Smith, the senior author of the study, wants it to be mandatory for window blind manufacturers to sell blinds with unexposed or inaccessible cords.

''The reason we are making this statement is simply because the current approach is not working, despite having a voluntary standard in place for many years," Smith said.

According to the study, almost all the entanglements occurred at home, especially in bedrooms or the living room.

Almost 90% occurred when children were under the care of parents, but almost none of the entanglements had a witness. Rather, children had gone to bed, were playing or watching TV unsupervised, often just for a few minutes.

Entanglement can be silent, quick and deadly, Smith noted.

Toddlers and preschoolers are at particular risk, Smith said, as they have new mobility and curiosity, but are less likely to recognize potential dangers, or be able to free themselves.

The study said that many parents are familiar with the dangers of having exposed cords on blinds, but far fewer choose to replace them.

"Designing the problem out of existence" could be the most effective approach to prevent injuries, Smith said.

A voluntary safety standard for window covering manufacturers has been in place since 1996, and has been revised several times since then, the study said.

In 2014, the US Consumer Product Safety Commission unanimously approved a petition to develop a mandatory standard that would eliminate window blind cords that are accessible to children. According to the commission, mandatory rulemaking remains in the first stage.

In 2017, the Window Covering Manufacturers Association proposed revising the voluntary standard to require "stock" products to be cordless or have inaccessible cords. This would apply to pre-made blinds purchased in stores or online, which make up more than 80% of the US market, according to a statement from the manufacturers association.

Corded blinds would still be available in custom products.

The updated voluntary standard awaits final approval, but the manufacturers association statement said companies selling window coverings in the US and Canada will likely be required to comply in the fourth quarter of 2018.

"This will be a major step forward in protecting children," according to a statement from the safety commission. "CPSC recommends that consumers buy and install cordless or inaccessible cord window coverings in homes where children live or visit."

The manufacturers association also suggests buyers look for the "Best for Kids" certification label. Products with the label are submitted to a third-party test laboratory to determine if they meet safety criteria.

Linda Kaiser, founder and executive director of Parents for Window Blind Safety, said it's well-known that window blinds can lead to injuries in children, but the advice to use safety kits, parental supervision or "just tying up" cords is still out there. It's not enough, she said.

"We have to tell consumers and parents, we have to get rid of (cords)," Kaiser said. "The industry has made some step forwards but they still have some steps to do.

The non-profit organization was not involved in the study, but was among the groups that petitioned the safety commission for a mandatory standard.

"I believe in my heart a mandatory rule is best," Kaiser said.

Smith, from Nationwide Children's Hospital, said they remind people that "the best parents in the world can't watch their kids every second, so the best way to do it is to provide safe environments.

"The fact is any steps short of removing blinds from home can still put a child in harms way."