Two men struck by NYC subway trains, one killed, within hours of each other 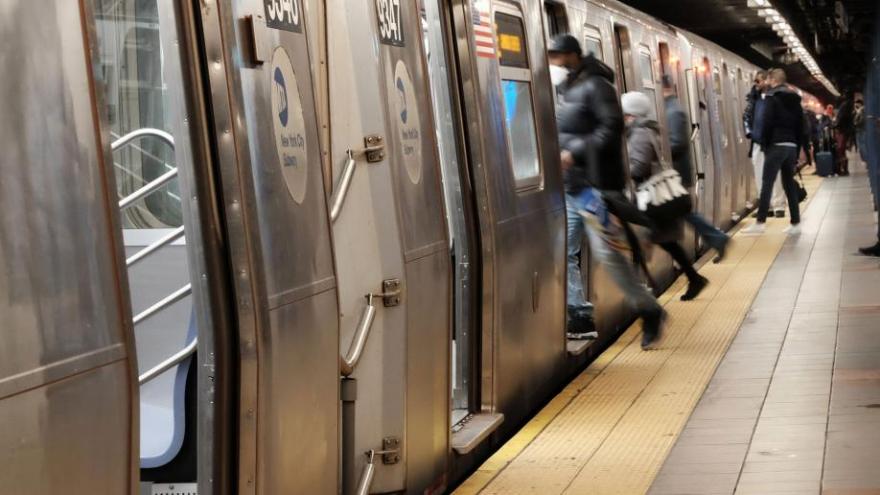 People board a subway on January 19 in New York City. One man died and another was injured after they were struck by subway trains in different areas of New York City within hours of each other Saturday night, the New York Police Department (NYPD) said.

(CNN) -- One man died and another was injured after they were struck by subway trains in different areas of New York City within hours of each other Saturday night, the New York Police Department (NYPD) said.

In the first incident, a 35-year-old male was walking between train cars on the southbound J train in Lower Manhattan about 9 p.m. when he fell onto the tracks below and was struck by the moving train, according to the NYPD.

A Metropolitan Transportation Authority (MTA) spokesperson said preliminary information indicated the subway rider "was smoking in between train cars when he slipped down to the tracks."

Neither smoking nor riding between cars are permitted in the NYC subway system, the MTA spokesperson added. Police said the man was transported to Bellevue Hospital where he was said to be in stable condition.

About an hour and a half later, at 10:30 p.m., a man thought to be in his 30s, was walking on the tracks in Midtown Manhattan headed southbound when he was struck by the 3 train near 50th street, according to the NYPD. Police said he was pronounced dead at the scene.

The subway track incidents coincide with a weekend of violence on the NYC subway system where the NYPD reported five stabbings Friday through Sunday.

"It is the subway system, and our buses make New York what it is. If they're not safe, if people don't feel safe and if the numbers of crime are not reflective of who and what we want to be as a city, it's going to impact us," Adams said. "Public safety and justice, they are the prerequisite to prosperity."

The joint initiative, coming into effect on Monday, involves the deployment of up to 30 interagency collaborative teams, bringing together the Department of Homeless Services, the Department of Health and Mental Hygiene, the NYPD and community-based providers in "high-need" locations.