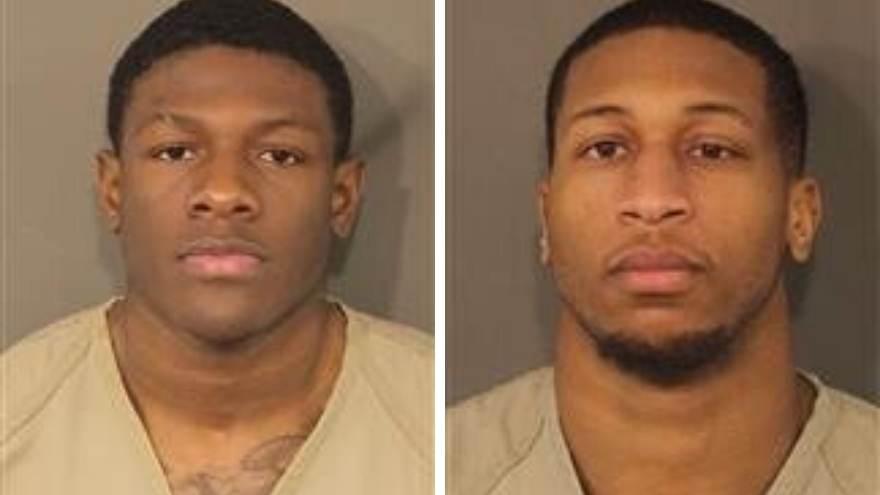 Jahsen Wint, a safety, and cornerback Amir Riep were being held in Franklin County's main jail in Columbus, according to the jail's website.

Both men are 21 and due to be seniors next season.

"We are aware that two of our students have been arrested and criminally charged," an Ohio State University representative told CNN. "They have been suspended from all activities involving the football program. We will share more information when available."

CNN has not yet determined if Wint and Riep have legal representation. No bond has been set for either; both are due in court Thursday, online jail records show.

Warrants for their arrests were issued Tuesday, according to records from the Franklin County Municipal Court Clerk.

The offenses are alleged to have happened February 4, those records show. Details about the accusations weren't immediately available.

Wint and Riep were largely backups this past season for the Buckeyes, whose 2019 campaign ended with a loss to Clemson in the College Football Playoff semifinals.