Two people are dead and a third injured after an overnight shooting in Kenosha, police say 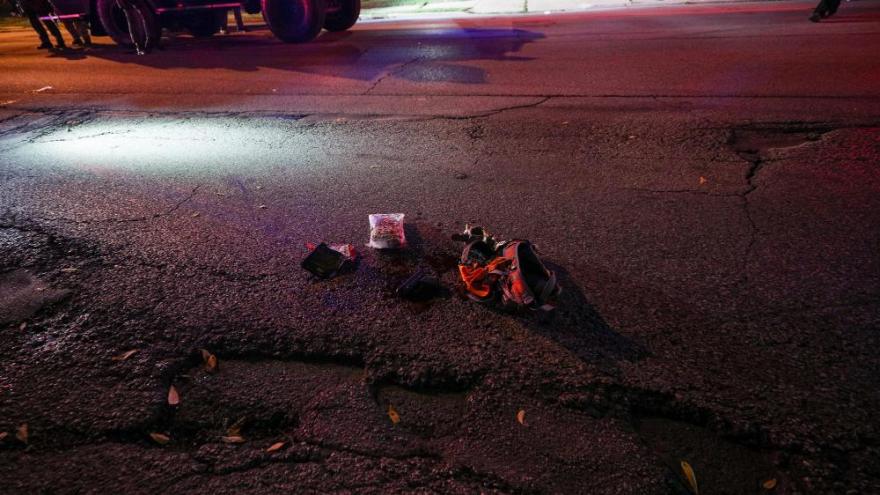 Clashes between protesters and armed civilians break out during the third day of protests over the shooting of Jacob Blake by a police officer in Wisconsin.

The shooting happened amid the third night of protests over the police shooting of 29-year-old Jacob Blake on Sunday evening.

On Tuesday, officers responded to reports of multiple gunshot victims around 11:45 p.m., the Kenosha Police Department said in a news release early Wednesday.

The person injured was taken to the hospital with "serious, but non-life threatening injuries," police said.

An investigation into the shooting is ongoing and the names and ages of the victims are still being determined, according to the release.

Kenosha County Sheriff David Beth told The New York Times his office is investigating whether the shooting resulted from a conflict between demonstrators and a group of men with weapons who were protecting businesses.

CNN has reached out to the Kenosha Police Department and the Kenosha County Sheriff's Office.

Protests in Kenosha have been ongoing since Blake's shooting. Wisconsin's governor declared a state of emergency Tuesday after cars and buildings were set ablaze and called in 250 members of the National Guard to assist. Blake remains in the hospital but his family says he is paralyzed from the waist down. A family attorney said it would take a "miracle" for Blake to ever walk again.