Two police officers were shot in a Walmart in Arkansas 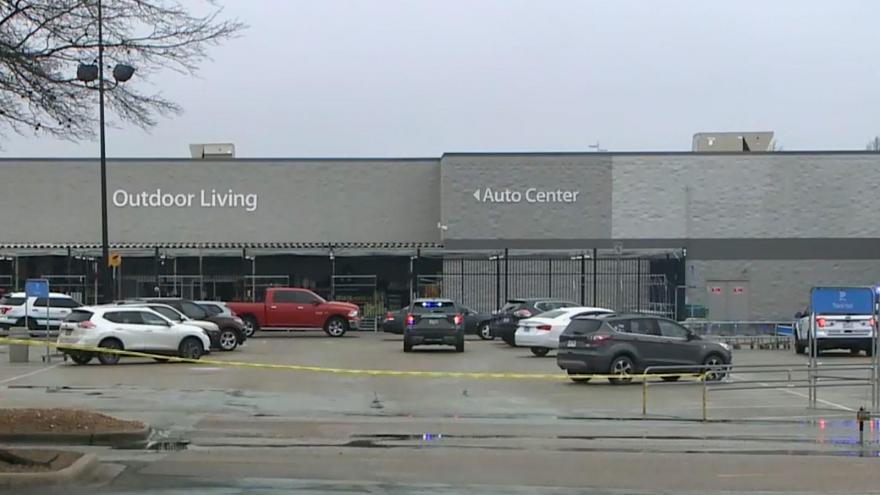 Police tape is seen outside the Walmart in Forrest City, Arkansas.

The officers were responding to complaints that a man was threatening people when the man pulled out a gun and shot both officers, St. Francis County Sheriff Bobby May told CNN affiliate WHBQ. The station reported that the sheriff said one officer was shot several times and taken to the hospital in critical condition.

The Sheriff's Office has not responded to inquiries by CNN. Authorities have scheduled a news conference for 2 p.m. ET in Forrest City.

"The prayers and thoughts of the ASP (Arkansas State Police) are with the two Forrest City Police Officers that were injured this morning in a shooting at the Walmart store, located in Forrest City," state police said. "The Arkansas State Police Criminal Investigation Division has been requested to conduct an investigation of the incident, and will be on the premises throughout the day."

The US Bureau of Alcohol, Tobacco, Firearms and Explosives said its agents were also responding to the shooting.

Walmart's director of national media relations Scott Pope said the company was working with police in the investigation.

"As this is an active investigation, any additional questions should be referred to the Forrest City Police Department," he said.

Forrest City is located along I-40 between Little Rock and Memphis, Tennessee and has a population of about 14,000 people.