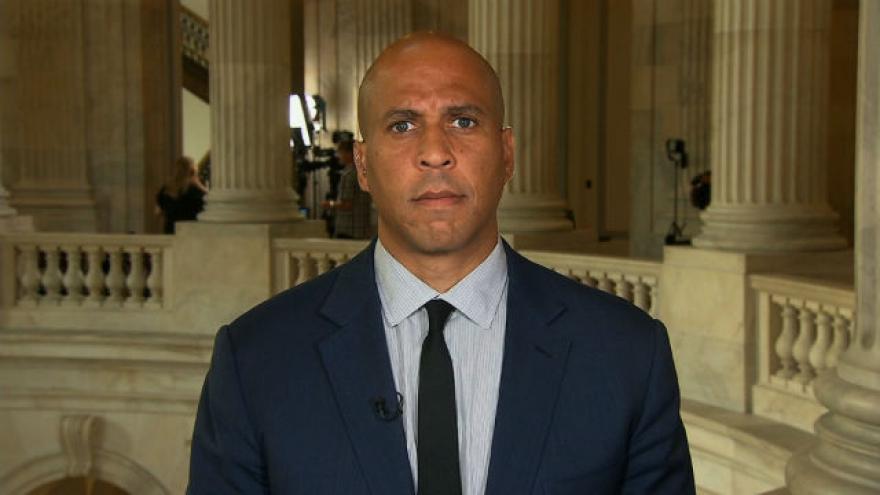 Over the weekend, Democratic Senator Cory Booker was one of two senators to call for President Trump\'s resignation over accusations of sexual harassment and assault against him. Photo courtesy CNN 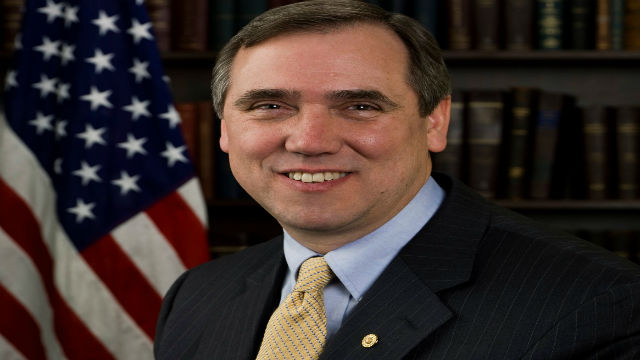 (CNN) -- Two Democratic senators called for President Donald Trump's resignation over the weekend, citing the multiple accusations from women of sexual harassment and assault against him.

Sens. Cory Booker and Jeff Merkley both voiced the sentiment.

In an interview with Vice after a campaign rally for Democratic Alabama Senate candidate Doug Jones, Booker said, "I just watched Sen. Al Franken do the honorable thing and resign from his office. My question is, why isn't Donald Trump doing the same thing -- who has more serious allegations against him, with more women who have come forward. The fact pattern on him is far more damning than the fact pattern on Al Franken."

Democratic Senator Al Franken of Minnesota announced he would resign Thursday after multiple women came forward accusing him of groping and forcibly kissing them.

Merkley joined the call in an email fundraising pitch.

"I want to be absolutely clear. Donald Trump should resign the presidency.

Several women have accused Trump of sexual harassment, and a 2005 recording of Trump bragging about groping women was released during the 2016 presidential campaign. Trump attributed his language on the tape to "locker room talk" and has denied any wrongdoing.

Independent Senator Bernie Sanders of Vermont stopped short of calling for the President's resignation but said it is something Trump "might want to think about."

"What I just said is Al Franken felt it proper for him to resign. Here you have a president who has been accused by many women of assault who says on a tape that he assaulted women, he might want to think about doing the same," Sanders said on NBC's Meet the Press.