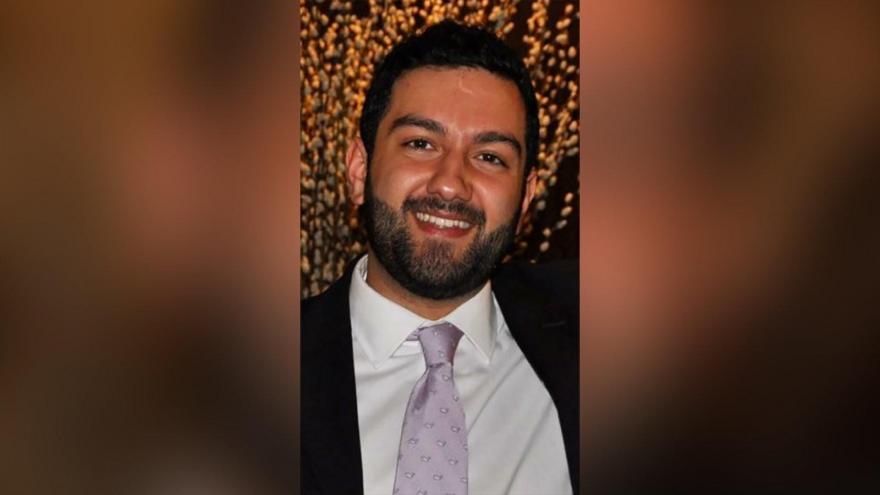 Two US Park Police officers have been charged with manslaughter in the 2017 shooting of Bijan Ghaisar.

Each officer faces one count of involuntary manslaughter and one count of reckless discharge of a firearm, Commonwealth's Attorney Steve Descano said at a news conference. The charges have a combined maximum of 15 years in prison.

The indictments come nearly a year after the Justice Department announced it would not pursue federal criminal civil rights charges against the officers, who have been identified as Lucas Vinyard and Alejandro Amaya.

"I wish this could have been done in a faster fashion," Descano said Thursday. "However, there are no shortcuts to justice."

In a statement, Ghaisar's family said their hearts were "a little lighter" that the officers are "closer to being held accountable for what they did."

"Too many of the people who are sworn to protect and serve our communities commit heinous acts of violence and go unpunished," the statement said. "With these charges we are reminded that, at least here in Fairfax County, Officers Alejandro Amaya and Lucas Vinyard are not above the law."

Attorneys for the officers did not immediately respond to requests for comment.

Ghaisar has been described by his family as a loving brother and son and a huge fan of the New England Patriots. He graduated from Virginia Commonwealth University, where he earned a degree in accounting and was an involved member of the Pi Kappa Alpha fraternity, his sister told CNN. After college, Ghaisar went to work for his father's accounting firm in McLean, Virginia.

He also was a vocal opponent of gun violence, his family says.

On the evening of November 17, 2017, Ghaisar was driving south on the George Washington Memorial Parkway outside Washington when he was rear-ended, according to a collision report obtained by CNN. For some reason, Ghaisar left the scene of collision, which is illegal in Virginia, and the Park Police soon located his vehicle and began a pursuit.

The Park Police officers' vehicle did not have a dashboard camera, nor were they wearing body cameras. But footage of the encounter was captured by the dashcam of a Fairfax County police officer who joined the pursuit in support of the Park Police.

According to that footage, which was released by Fairfax Police in January 2018, Ghaisar stopped at least three times. Each time, the Park Police officers exited their own SUV and approached Ghaisar's vehicle with their guns drawn.

The first two stops, Ghaisar maneuvered his vehicle around the police officers and drove away, the footage shows. At no time did the officers appear to be in danger of being hit by Ghaisar's vehicle.

At the third stop, the Park Police SUV pulls in front of Ghaisar's vehicle and the officers exit. As Ghaisar's car inches forward, a series of gunshots ring out. Ghaisar's Jeep is seen idly rolling into a roadside ditch.

"Our BIjan suffered the most brutal terror and cruelty in his final moments of life. We know this because it was caught on police video and we watched it," the family's statement Thursday said. "Our family has a permanent hole in it -- one that no amount of time or any act could possibly fill or heal."

"We carry this grief with us as we have fought, and will continue to fight, for justice for Bijan and so many other victims of police brutality," it said. "We will not stop demanding justice for Bijan until we get it -- today was a first step."

Justice Department did not cooperate with Fairfax probe, prosecutor says

The FBI took over the investigation three days after the shooting, but the Justice Department remained virtually silent until last November, when it announced charges would not be filed against Vinyard and Amaya.

The nearly three years since have so far been a search for answers and justice for Ghaisar's family, who have filed a lawsuit against the federal government that's set to go to trial next month.

"We have so much anger and we're fighting so hard and we have so much pain that we don't even have a minute to process or mourn," Negeen Ghaisar, Bijan's sister, told CNN about a year after the shooting.

In the meantime, the Ghaisars gained allies and advocates in several US Representatives and US Senators, including Sens. Chuck Grassley (R-IA), Tim Kaine (D-VA) and Mark Warner (D-VA).

They have repeatedly called for "transparency and accountability," the statement said. "Yet we've been given no answers, no explanation, and no justice."

Descano took over the case from his predecessor following his election last year. On Thursday, he called the case "complex and nuanced," pointing to the review of 11,000 pieces of documents and interviews conducted in the midst of the Covid-19 pandemic.

"Making this more difficult was the US Department of Justice's refusal to produce witnesses for the benefit of our grand jury or our trial," Descano said, adding that his case had to rely entirely on evidence compiled by Fairfax County police.

Descano said he believes the officers will attempt to move the case to federal court and that the federal government will try to have the case dismissed under the supremacy clause, which says that in the event of conflict between state and federal laws, the latter takes precedence.

Descano's office is prepared, he said, and his office requested the help of Virginia Attorney General Mark Herring in case there's any federal litigation.