Tyler Trent's parents to attend State of the Union address 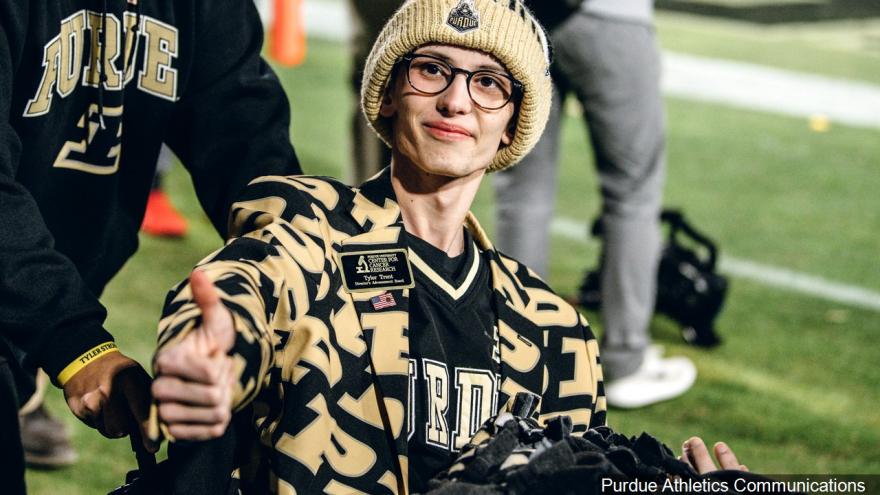 INDIANAPOLIS (AP) — The parents of Tyler Trent, the Purdue University superfan and cancer activist who died in January, will attend President Donald Trump's State of the Union address.

U.S. Rep. Susan Brooks says she invited Tony and Kelly Trent to Tuesday night's address because she was moved by their son's story. She tells The Indianapolis Star that the Carmel couple will meet with Vice President Mike Pence beforehand at the White House.

Tony Trent says that if his son were still alive, he would be humbled at his parents' invitation, calling it "an incredible blessing."

The former Purdue student died on Jan. 1 at age 20 following a battle with bone cancer. Trent became a social media star with his positive attitude and determination to live every day to the fullest.