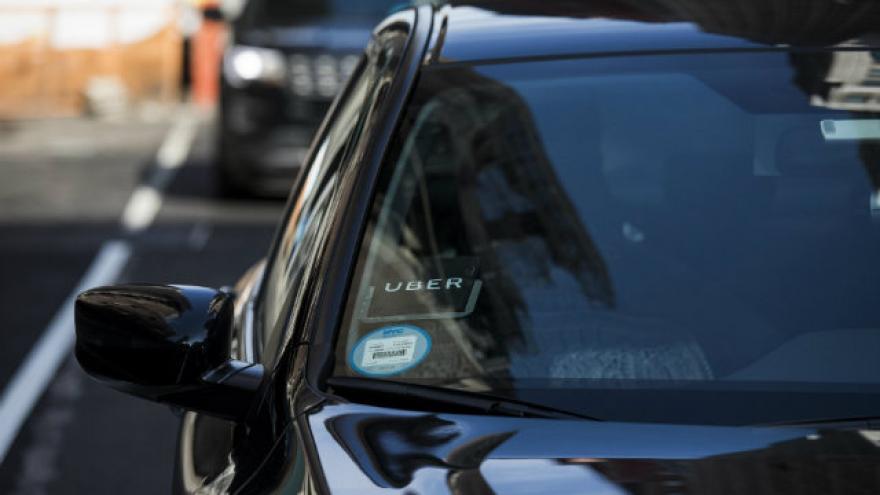 (CNN) -- Uber and Lyft customers will have to pay more for their rides as a result of the first-of-its-kind driver minimum wage law in New York City.

In a blog post Friday, Uber says to expect trip prices to go up effective immediately. The company didn't make clear how much they will increase, however.

An Uber spokesperson told CNN Business the amount will vary per trip based on time and distance.

In an email to drivers on Friday afternoon, Lyft also said passengers will see increased fares as a result of the driver minimum wage law. The company warned drivers "this may lead to fewer rides as people find alternate ways to travel around the city."

Uber and Lyft said there will be other new fees to compensate for new state and city laws.

Due to the New York State congestion surcharge, riders passing through Manhattan below 96th Street will be charged an extra $2.75 per trip (or $.75 per carpool ride). The money goes to the Metropolitan Transportation Authority — not Uber, Lyft, or its drivers.

As part of the new minimum wage requirements, Uber told riders they will also have to pay an "Out of Town" surcharge when they have cars take them outside of New York City, to compensate drivers for the ride back.

All eyes are on New York City as its regulatory changes could provide a model for other cities eager to rein in ridehailing firms, which have increased congestion even as they've revolutionized transportation.

Two days ago, ridehailing competitors Lyft and Juno both sued the New York Taxi and Limousine Commission to block the new driver minimum wage law, claiming the implementation will hurt their businesses while advantaging the industry behemoth, Uber.

Under the new policy, all drivers will earn a minimum take-home wage of $17.22 per hour (or $27.86 before expenses). That's the ridehailing equivalent of a $15 minimum wage, accounting for the fact that drivers have to cover payroll taxes and don't get paid time off, the TLC said.

The move would raise the average driver's pay by $9,600 per year, according to the proposal, which aims to prevent drivers from being underpaid.

Lyft and Juno take issue with the minimum-pay formula's "utilization rate," which factors how often drivers on a platform have a customer in the car. They argue this makes it more difficult for smaller companies to compete on prices and payment for drivers, as well as continue to service less populated areas. An industry-wide utilization rate is only set for the first 12 months of the rule — and companies can petition to use a company rate instead.

The companies also say the new minimum wage should not be applied to each ride, which conflicts with local law, but rather to a weekly calculation.

On Wednesday, New York State Supreme Court Judge Andrea Masley offered the companies the choice of putting the additional pay for drivers into an escrow until a decision is made about the cases, according to a court filing. Masley also said companies could submit the funds for drivers on a weekly basis.

In a statement on Friday, Lyft said its drivers won't be caught in the crosshairs of the legal battle.

"Drivers shouldn't suffer while we work to right the TLC's mistakes so we are immediately raising driver pay as we continue our fight in court," the statement said.

Uber had stayed silent on its competitors' lawsuits but in its blog post, Uber makes clear that while it is complying with the new law, it's not satisfied with how the TLC has applied the new driver pay minimum either.

"We fully support the spirit of this rule, because it aligns with one of our core missions: to connect drivers to the best earnings opportunities. However, we also want to do right by our riders and are working hard to ensure that your ride remains as affordable as possible," the blog reads. "We believe that simple changes to the way the TLC applies the rule would allow us to reduce prices for riders without impacting the minimum driver pay of at least $27.86 per hour."