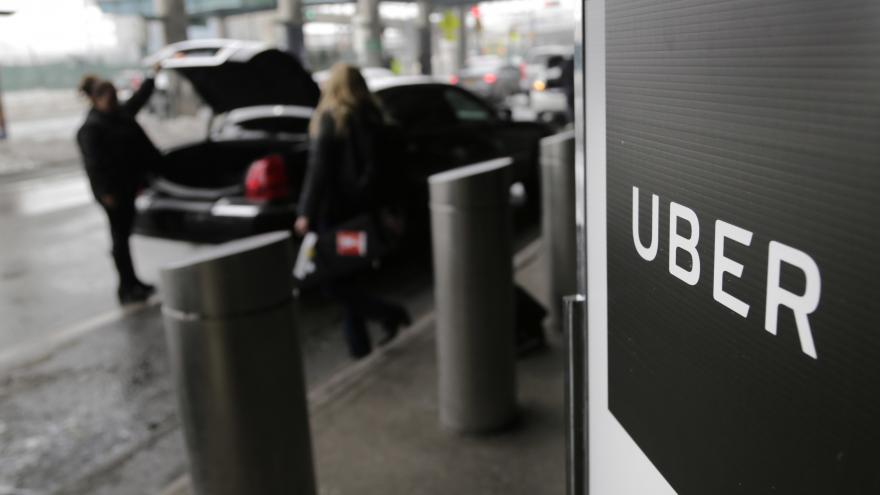 (CNN) -- Uber released its highly-anticipated safety report on Thursday revealing, among other details, that it received 5,981 reports of sexual assault in 2017 and 2018.

Among those, there were 464 reports of rape.

The report also noted there were 19 deaths caused by physical assault during 2017 and 2018.

The report included information on the reporting party and the accused party and claimed riders account for 45% of the accused parties of sexual assault incidents. The report said "drivers have a right to have their experiences told, and we have a responsibility to stand with them."

The other four categories of sexual assault defined by Uber — including non-consensual kissing, non-consensual touching and attempted rape — did not detail whether the reporting parties were victims.

Uber first pledged to release the report nearly a year ago in response to a CNN investigation that found at least 103 Uber drivers in the United States had been accused of sexually assaulting or abusing their passengers in the previous four years. The drivers were arrested, wanted by police, or had been named in civil suits related to the incidents. It was the first time that any numbers had been put to the issue.

After CNN started asking questions about sexual assault incidents, Uber announced increased safety measures in 2018, including a partnership with RapidSOS, a company that sends a rider's location and relevant information to a local police agency when the rider uses the emergency button in the Uber app. Uber also revamped its background check policy to conduct annual checks on drivers. Uber ultimately announced it would do away with a policy that previously forced individuals with sexual-assault complaints into arbitration and made them sign non-disclosure agreements.

Uber went public in May but warned investors in its IPO paperwork about the report, which it said could negatively impact its brand.

"The public responses to this transparency report or similar public reporting of safety incidents claimed to have occurred on our platform ... may result in negative media coverage and increased regulatory scrutiny and could adversely affect our reputation with platform users," the company says in the filing.

Uber and competitor Lyft have faced legal action related to safety issues around the country. A lack of transparency about the number of incidents involving drivers has been a sticking point in lawsuits against the company. Lyft has also said it will release a safety report by the end of the year.

Didi Chuxing, China's biggest ride-hailing firm, has also faced rider safety issues and backlash over its handling of incidents, including the killings of two women passengers in 2018. In November the company announced it would resume service on its carpooling service Hitch with a "curfew" of 8 pm for women — which it quickly walked back after facing criticism.