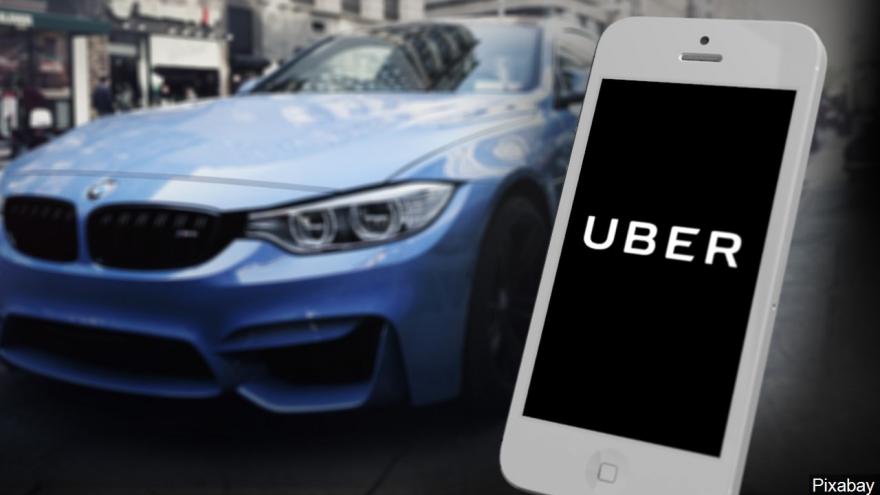 (CNN) -- Uber is rolling out safety reminders for riders in an effort to crack down on fake drivers.

The company said it will send push alerts thatremind riders to look at the license plate number, car make and model, and compare the name and photo of driver to who shows up, before getting into a vehicle.

"In the app, when you've ordered your Uber and it's on the way, you will get more persistent, more frequent push notifications to your phone that remind you to check your ride," Uber's chief legal officer Tony West said Thursday on NBC's Today Show.

Uber will also make the safety reminder information available on a banner within the app.

The updates intend to help prevent customers from getting into a vehicle with someone posing as an Uber driver. Just over two weeks ago, University of South Carolina student Samantha Josephson was kidnapped and killed after getting into what she thought was her ordered Uber in late March.

Josephson's parents launched a campaign, #WhatsMyName?, to spread awareness of the fake driver issue by encouraging riders to ask the question "What's my name?" before getting into vehicles.

Earlier this month, three individuals filed a lawsuit against Uber over alleged rapes by fake Uber drivers. The individuals, all listed as Jane Doe, argue that Uber had knowledge of the concept after five similar alleged assaults occurred in the area but never warned local users.

NBC's Stephanie Gosk asked West whether Uber could have been more proactive given reports over the years concerning fake drivers. He responded: "You will never hear me say that we have done enough on safety. It's my commitment. It is the commitment of the entire company."

But there was no mention of safety issues involving the company's own drivers. A CNN investigation published and aired in April 2018 found at least 103 Uber drivers in the United States had been accused of sexually assaulting or abusing their passengers in the previous four years. The drivers were arrested, wanted by police, or had been named in civil suits related to the incidents. It was the first time that any numbers had been put to the issue.

Uber has pledged to put out a safety transparency report that will include data on claims of sexual assaults and other safety incidents on its platform. In its IPO paperwork filed last week, Uber said the report could have a detrimental impact on the company's reputation.

"The public responses to this transparency report or similar public reporting of safety incidents claimed to have occurred on our platform ... may result in negative media coverage and increased regulatory scrutiny and could adversely affect our reputation with platform users," the company says in the filing.

After CNN started asking questions about sexual assault incidents, Uber announced increased safety measures in 2018, including a partnership with RapidSOS, a company that sends a rider's location and relevant information to a local police agency when the rider uses the emergency button in the Uber app.

Uber also revamped its background check policy to conduct annual checks on drivers. The company ultimately announced it would do away with a policy that previously forced individuals with sexual-assault complaints into arbitration and made them sign non-disclosure agreements.

As for its new rider alert system, Uber said the alerts will first roll out in Columbia, South Carolina, as part of a broader "campus safety initiative" done in partnership with USC. The update is expected to roll out nationwidein the coming days.