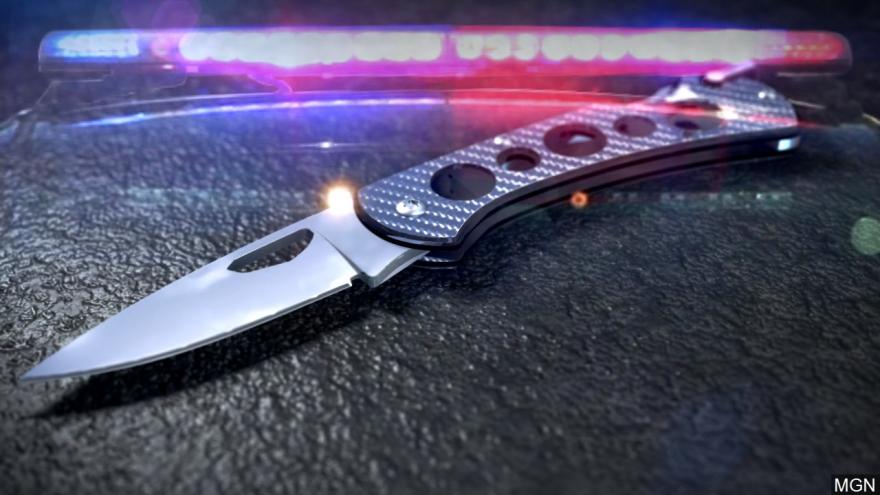 (CNN) -- Children as young as 12 could be hit with social media bans, curfews and potential prison time under new measures being introduced by the British government to curb rising knife violence.

The UK Home Office announced Thursday that people suspected of carrying a blade could face orders to keep them off the streets, geographical limits and social media sanctions in a bid to prevent disputes among rival gangs.

Any breach of the measures will be a criminal offense and could see the child face up to two years in jail, the Home Office added.

"This new deterrent can be imposed on any person aged 12 or over to prevent vulnerable young people from becoming involved in knife possession and knife crime," it said in a statement on the new police powers, known as knife crime prevention orders.

The civil orders can be imposed on anyone suspected by the police of carrying a knife, "habitual knife carriers," or someone with a previous knife-related conviction, it said.

"The police already have a range of measures they are using to keep our streets safe, but there is more we can do to help them in this battle. I ... will be introducing these new orders to stop gang members carrying knives in the first place," Home Secretary Sajid Javid said in a statement.

"It is vital we continue to focus on improving the law enforcement response while at the same time steering young people away from criminal activity in the first place."

The government also announced a £500,000 ($656,000) prosecution fund to help "secure the prosecution of retailers who repeatedly sell knives to under 18s."

Opposition Labour Party lawmaker Sarah Jones, who chairs the All-Party Parliamentary Group on Knife Crime (APPG), told CNN in a statement that Javid's measures are problematic and risk "criminalizing a generation of young people who have grown up unsupported and who often turn to carrying weapons out of fear."

"Knife crime is an epidemic which the government has failed to grip," she said. "Minsters have listened to our calls to intervene with young people at an earlier stage -- but this proposal is flawed."

"Imprisoning a young person -- as young as 12 years old -- for two years for breaching this order is completely disproportionate," she added.

"The APPG has been pushing for some time for the government to prevent proven knife offenders from using social media to incite violence, but this should not apply to young people if they haven't committed a crime."

The measures come as the issue of knife crime soars mostly among young men and boys in parts of the UK.

This was the highest in the eight years for which data is available, and a 12% increase over 12 months. Despite the rise, these specific crimes are relatively rare, when compared to the frequency of other violent attacks, according to the ONS.