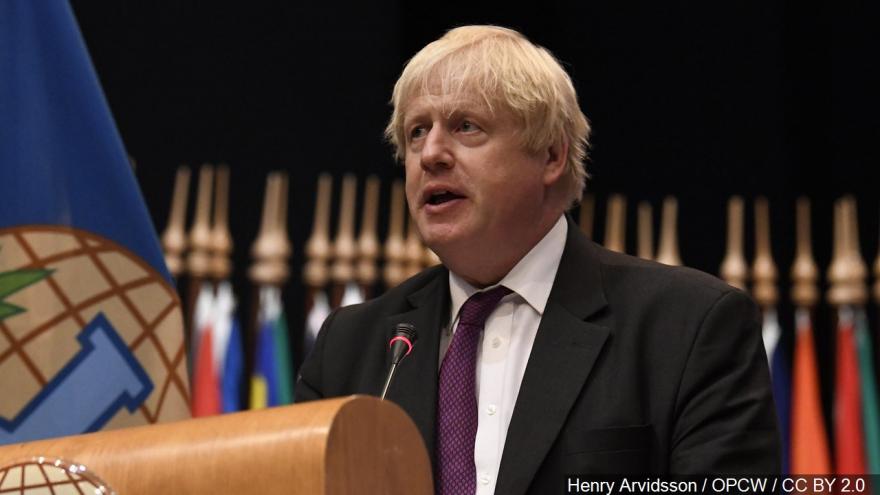 (CNN) -- With less than 75 days until Britain is set to exit the European Union, a government report leaked to The Sunday Times newspaper reveals the disastrous effects a no-deal Brexit would unleash on the country.

The United Kingdom would likely face food, fuel and medicine shortages if it crashes out of the bloc without a transition deal, according to the forecasts compiled by the Cabinet Office under the code name "Operation Yellowhammer."

The dossier also predicts the introduction of a hard border in Ireland, which has been a main sticking point in negotiations, and severe travel disruptions at UK ports that could last up to three months.

Medical supplies coming from Europe will be "vulnerable to severe extended delays," and the availability of fresh food will be reduced, causing prices to rise, the newspaper reported.

It added that the public and businesses remain largely unprepared for a no-deal Brexit, and that growing "EU exit fatigue" had hampered contingency planning.

"This is not Project Fear — this is the most realistic assessment of what the public face with no deal," a senior government source told the Sunday Times. "These are likely, basic, reasonable scenarios — not the worst case."

However Michael Gove, the British minister responsible for planning for a no-deal Brexit, said on Twitter that operation Yellowhammer was indeed a "worst case scenario" and that "significant steps have been taken in the last three weeks" to accelerate planning.

A Downing Street spokesperson told CNN "we will not comment on leaked documents."

Some have disputed the accuracy of the report. The Government of Gibraltar -- which is a British territory on Spain's southern coast -- told CNN the briefings were "out of date" and based on planning for "worst case scenarios" which it has "already dealt with."

The UK had been due to leave the EU on March 29 this year. But it was granted a new deadline of October 31, after failing to pass a withdrawal agreement through Parliament.

The deadlock in Westminster ultimately led to the resignation of former Prime Minister Theresa May, paving the way for new leader Boris Johnson who has vowed to exit the bloc on October 31 -- even without a deal.

This week Johnson will make his first trip abroad as Prime Minister, heading to Berlin and Paris where analysts say he is expected to make the case for a new Brexit deal to replace May's beleaguered agreement.

He will meet with French President Emmanuel Macron and German Chancellor Angela Merkel ahead of the G7 summit in Biarritz in France next weekend.

The prospect of a Brexit breakthrough looks unlikely. The EU has repeatedly said that the withdrawal agreement -- which was defeated three times in British Parliament -- is not up for renegotiation.

The leaked dossier comes as the British government on Sunday scrapped the historic 1972 Brussels Act -- effectively ending all EU law in the UK.

The repeal of the act will come into force on October 31, when the UK formally leaves the EU.

"This is a clear signal to the people of this country that there is no turning back -- we are leaving the EU as promised on October 31, whatever the circumstances," said Secretary of State for Exiting the EU, Steve Barclay, in a statement.

Last week, opposition leader Jeremy Corbyn set out his plan to stop Johnson from leading the country into what many fear could be a catastrophic no-deal Brexit.

The Labour Party leader announced he will begin consideration of a vote of no-confidence in Johnson's government "at the earliest opportunity" and seek to form a "strictly time-limited" caretaker government, in a letter sent to leaders of other UK parties.

Currently, Johnson has a parliamentary majority of one. This makes him vulnerable to losing a vote of no-confidence. While bringing down his government wouldn't automatically stop a no-deal Brexit, it could trigger a series of events that leads to him requesting a Brexit extension.

With the clock ticking toward October 31, time is running out for a breakthrough in the Brexit deadlock.