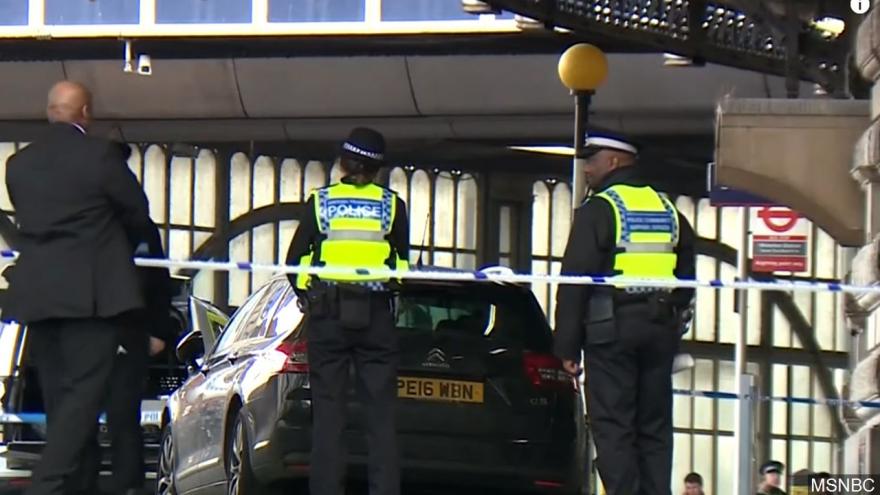 Police Scotland said officers are examining packages discovered at the Royal Bank of Scotland headquarters in Edinburgh and at the University of Glasgow.

The university said several buildings on its campus, including a mailroom, had been evacuated "as a precautionary measure" and would remain closed all day.

The force said that so far there is nothing to link the incidents.

It's unclear if the packages are connected to incidents Tuesday in which three small explosive devices in plastic mailing bags arrived at offices for two London airports and a train station. One of the envelopes, sent to Heathrow Airport, partly caught fire but no one was injured.

Counter-terrorism detectives are leading the investigation into the London letter bombs.

The envelopes received in London appeared to carry Irish stamps, and Commander Clarke Jarrett, head of the Metropolitan Police Counter Terrorism Command, said one line of inquiry "is the possibility that the packages have come from Ireland."

Jarrett said police had not received any further reports of devices, but had "issued extensive advice to transport hubs and mail sorting companies to be vigilant."