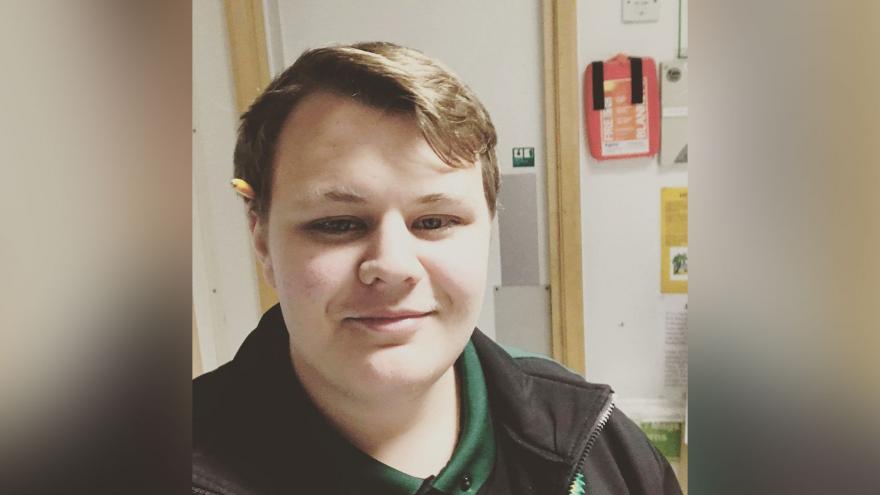 (CNN) -- Authorities in the United Kingdom have sent the US State Department an extradition request for Anne Sacoolas, the wife of a former US diplomat who has been charged with causing the death of a teenager in England.

Harry Dunn, 19, was riding a motorcycle in August outside a military base in central England used by the US Air Force and died in a crash.

Sacoolas was charged in December with causing Dunn's death by dangerous driving. Police have said the vehicle that hit Dunn's motorcycle was driving on the wrong side of the road.

"This is now a decision for the US authorities," a statement issued by the UK Home Office read.

Sacoolas claimed diplomatic immunity and left the country in the aftermath of the incident. In October, Sacoolas' attorney said that officers interviewed her in the UK twice before she claimed immunity.

The US State Department on Friday called the UK request for extradition "highly inappropriate."

In a statement, a State Department spokesperson said, "the use of an extradition treaty to attempt to return the spouse of a former diplomat by force would establish an extraordinarily troubling precedent."

The decision to accept the request will be taken by the State Department, which in turn would forward it to the Department of Justice for extradition to be considered by the US courts, according to the UK-US extradition treaty.

The final decision on extradition is made by US Secretary of State Mike Pompeo.

"Anne is devastated by this tragic accident and would do anything she could to bring Harry back. She continues to grieve for Harry and his family." Amy Jeffress, an attorney for Sacoolas, said. "The US government has made clear they will deny any extradition request and will uphold the longstanding agreement of diplomatic immunity between our two countries.

"We remain willing to work with the UK authorities to identify a path forward."