Ukraine's leader: We can't be ordered to investigate Biden 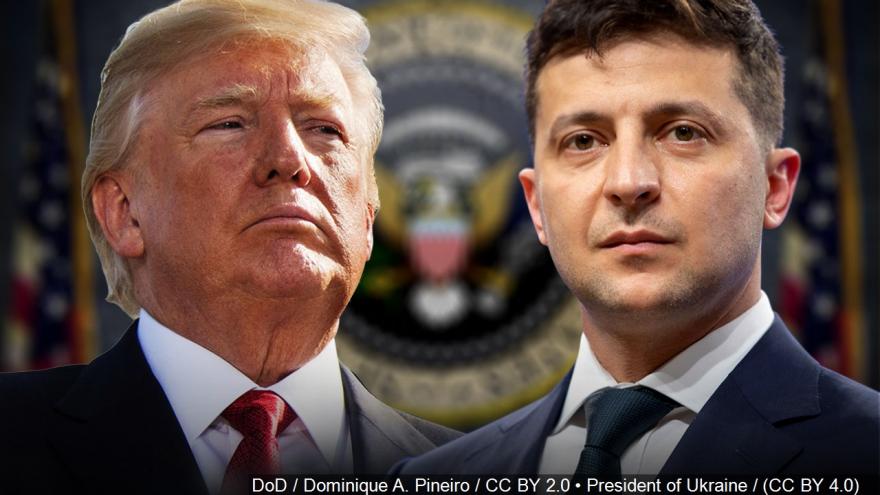 President Volodymyr Zelenskiy told reporters Monday: "It has nothing to do with me. Our independent law enforcement agencies are ready to investigate any violations of the law."

U.S. President Donald Trump asked Zelenskiy in a July phone call to "look into" his political rival Biden. Asked Monday about Trump's request, the Ukrainian leader said: "We cannot be ordered to do anything. We are an independent country."

He didn't elaborate on what could trigger an eventual investigation.

Zelenskiy reiterated his criticism of the White House decision to release a rough transcript of the July call, which sparked a Congressional impeachment inquiry. He called it "wrong." Zelenskiy said Ukraine would probably not release its own transcript.