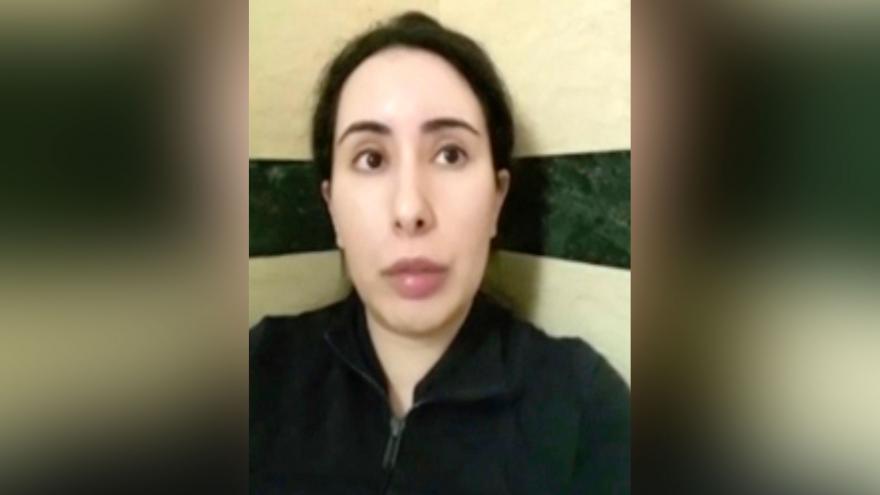 The United Arab Emirates has not proven that Princess Latifa bint Mohammed Al Maktoum, the missing daughter of Dubai\'s ruler, is alive, the United Nations has said. - #FreeLatifa campaign/AP

(CNN) -- The United Arab Emirates has not proven that Princess Latifa bint Mohammed Al Maktoum, the missing daughter of Dubai's ruler, is alive, the United Nations has said.

The Office of the United Nations High Commissioner for Human Rights (OHCHR) said Friday it has asked the UAE for "proof of life" for the Princess, but has not received it.

"We haven't got any proof of life, and we would like one. One that is clear, compelling evidence that she's alive. And our first concern for us is to be sure of that," spokeswoman Marta Hurtado told a briefing in Geneva. "We tried to set up a meeting between senior officials, with the new ambassador of the UAE to the UN in Geneva. In principle, the mission have accepted these requests, but we have no fixed date yet."

CNN has reached out to the UAE for comment.

In secret recordings obtained by the BBC and shared with CNN in February, Princess Latifa claimed she was being held hostage in a "villa converted into a jail", with no access to medical help. In response, Dubai's royal family said in a statement Latifa was being cared for at home by family and medical professionals.

Hurtado told the briefing the OHCHR would "ideally meet her" and "talk to her alone to examine all the aspects of her situation."

"That's what we're going to convey in this meeting, if it takes place," she added. Asked why such meetings have not taken place yet despite repeated calls from the OHCHR, Hurtado replied the question should be raised to the authorities of the UAE.

Hurtado also said her office would "raise the case of Latifa's sister, Sheikha Shamsa, to ask about their whereabouts."

In late February, Latifa sent a letter -- shared with CNN -- to the UK police, asking them to investigate the alleged kidnapping of her older sister, Princess Shamsa, from Britain in 2000.

"We are very concerned about both cases, because we don't know what is happening," Hurtado said. "That's why we are not only asking where they are, but we want to meet them. We want to speak with them. We want to understand what is their situation, as the case not only with these two women, but other cases of people that have disappeared, or maybe possibly disappeared across the globe," she added.

"We follow up on many cases, [on a] daily basis of people that have disappeared or whom we don't know the whereabouts. That is why we are internally, privately but as well publicly here, raising their case and expressing that we are indeed very concerned about the situation," the OHCHR spokeswoman concluded.