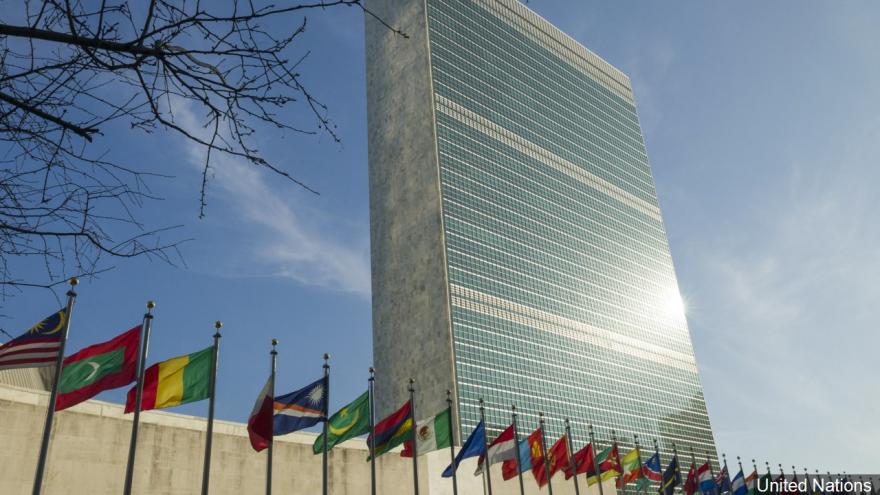 (CNN) -- United Nations Secretary-General Antonio Guterres has called on member states to pay their outstanding contributions, as the organization faces such a "severe financial crisis" that staff salaries risk not being paid next month.

The organization is suffering its worst deficit in a decade, Guterres said Tuesday, as he addressed the UN General Assembly to introduce a proposed budget for 2020.

The UN might start November "without enough cash to cover payrolls," Guterres warned. "Our work and our reforms are at risk."

Heading into its 75th anniversary year, the UN is facing multiple challenges as it grapples with a shifting world order, and the funding crisis has been intensified by a push from US President Donald Trump to cut his nation's contribution to the UN budget.

Guterres said efforts have been made since January to curtail spending. Without such steps, the UN would not have had the funds to open the General Assembly in September, he added.

Job vacancies remain unfilled and staff are limited to essential travel only.

Guterres called on UN member states to "recommit to paying your financial obligations on time and in full."

Of 193 members, 129 had paid their contributions to the regular budget, according to Guterres's spokesman,Stéphane Dujarric.

By the end of September, 70% of the total amount needed for budget operations had been paid, Dujarric said. At the same point last year the UN had received 78% of its budget.

"The Secretariat could face a default on salaries and payments for goods and services by the end of November unless more Member States pay their budget dues in full," Dujarric said.

The Trump Administration has put pressure on the UN to make cuts to how the organization functions since former US Ambassador Nikki Haley arrived early in 2017, although Trump has praised the UN Secretary-General publicly for his stewardship.

The US is expected to cover 22% of the UN's regular budget, according to a Congressional Research Service report published in 2018.

Washington tends to pay late in the year, and at this stage has not paid in full.

According to records, the US is obligated to contribute $674 million to the UN regular budget for 2018-2019.

However, it owes a total $1.055 billion, according to the UN spokesman's office, which is cumulative money owed from previous years.

CNN's request for comment from the US Mission to the UN was not returned.

Under Trump, the US has been scaling back its international commitments, including reconsidering a number of treaties.

In August, the US formally withdrew from the Intermediate-Range Nuclear Forces Treaty with Russia, ending a landmark arms control pact that has limited the development of ground-based missiles with a range of 500 to 5,500 kilometers.

And a US official told CNN on Tuesday that the Trump administration is expected to announce soon that it plans to exit the "Open Skies" treaty.

The treaty, which was signed in 1992 and went into effect in 2002, allows 34 member states to conduct unarmed surveillance flights over one another's territories.