Undecided Democratic senator calls for the Senate to censure Trump 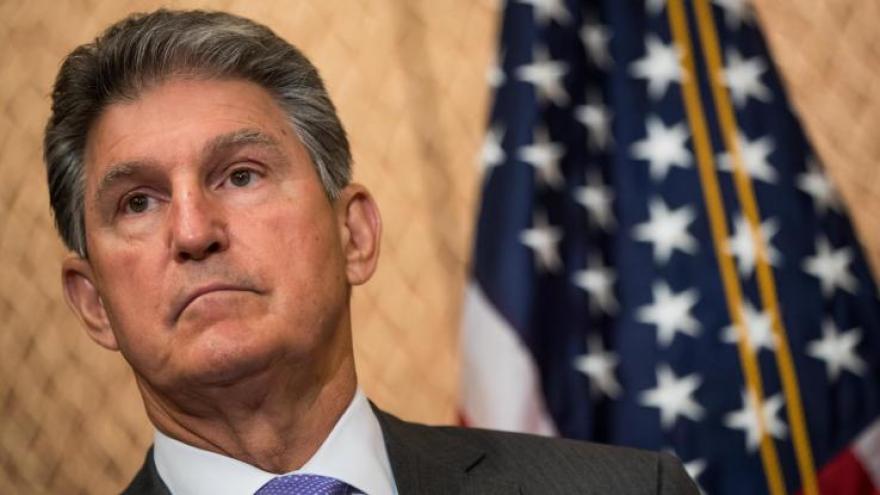 (CNN) -- Democratic Sen. Joe Manchin of West Virginia on Monday advocated for censuring President Donald Trump for the behavior exhibited in the two articles of impeachment passed by the House as opposed to voting to remove Trump for office.

In comments made on the Senate floor, Manchin said that he believes that a "bipartisan majority of this body would vote to censure President Trump," as opposed to voting to remove the President, which would require 67 votes, or at least 20 Republicans joining all 47 members who caucus with the Democrats.

Manchin, who is among a few Democrats from red or purple who could side with Republicans on impeachment, would not say which way he plans to go at Wednesday's scheduled vote on whether to acquit the President.

"I remain undecided on how I will vote," he said Monday.

A resolution unveiled by Manchin on Monday to censure Trump was not privileged, which means that the West Virginia Democrat would need to get an agreement from Senate Majority Leader Mitch McConnell to get a vote on it, something that is highly unlikely.

Senators in both parties who were asked about the option told reporters Monday that it was a non-starter.

"Zero," said Republican Sen. Mike Braun of Indiana when asked if there was any appetite.

Still, Manchin suggested censure as an option to prevent Trump's behavior from going "unchecked by the Senate."

"Censure would allow this body to unite across party lines and as an equal branch of government to formally denounce the President's actions and hold him accountable," Manchin said.

Manchin called the argument from Trump's lawyer that the President can do no wrong if it's good for his reelection, "false," "dangerous," "troubling" and "simply preposterous."

"The most dangerous, the most troubling to me, is the false claim that the President can do no wrong, that he is above the law and if it's good for the reelection of the President that it's good for our country. That is simply preposterous," Manchin said.