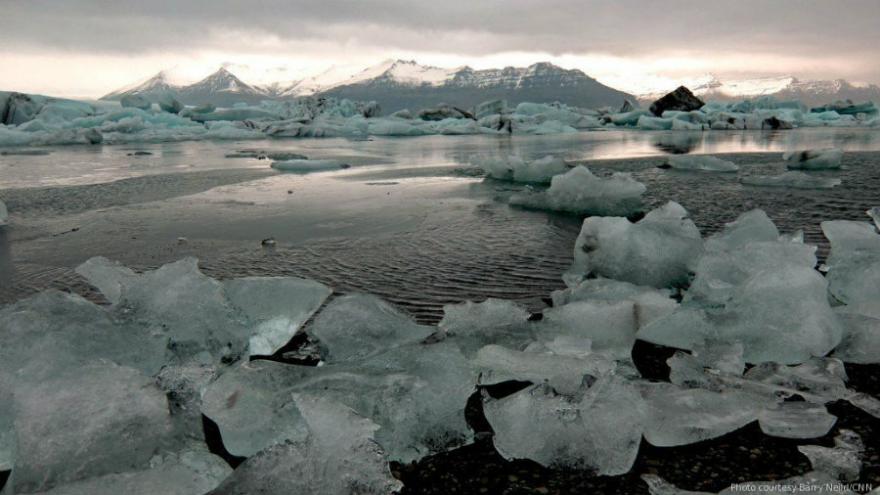 (CNN) -- Building walls on the seafloor could prevent glaciers from melting and sea levels rising due to global warming, scientists say.

Barriers of sand and rock positioned at the base of glaciers would stop ice sheets sliding and collapsing, and prevent warm water from eroding the ice from beneath, according to research published this week in the Cryosphere journal, from the European Geosciences Union.

The audacious idea centers on the construction of "extremely simple structures, merely piles of aggregate on the ocean floor, although more advanced structures could certainly be explored in the future," said the report's authors, Michael Wolovick, a researcher at the department of geosciences at Princeton University, and John Moore, professor of climate change at the University of Lapland in Finland.

"While reducing emissions remains the short-term priority for minimizing the effects of climate change, in the long run humanity may need to develop contingency plans to deal with an ice sheet collapse," they added.

In 2016, researchers with NASA's Jet Propulsion Laboratory reported that the ice in West Antarctica was melting faster than previously thought. Their findings, published in the journal Nature Communications, said increased circulation of warm water beneath the ice shelf was likely the main contributor to ice loss in the region.

Using computer models to gauge the probable impact of walls on erosion of the Thwaites glacier in Antarctica, one of the world's largest, Wolovick and Moore hoped to test the efficiency of "a locally targeted intervention".

They claimed the simplest designs would allow direct comparison with existing engineering projects.

"The easiest design that we considered would be comparable to the largest civil engineering projects that humanity has ever attempted," they said. "An ice sheet intervention today would be at the edge of human capabilities."

For example, building four isolated walls would require between 0.1 and 1.5 cubic km of material.

The authors conceded that the work would be located in a much harsher environment than the ones in which those projects were built, and their results suggest that it would only have a 30% probability of success.

However, the report said that the scientific community could work towards developing a plan that was both achievable and had a high probability of success.

"We think that geoengineering of glaciers... could delay much of Greenland and Antarctica's grounded ice from reaching the sea for centuries, buying time to address global warming," Moore wrote in Nature earlier this year.

Ice sheets play a crucial role in maintaining sea levels. The amount of ice loss from the West Antarctic Ice Sheet has accelerated, increasing by 70% in the past decade, according to research published in the journal Science.

While the ice sheet in East Antarctica is gaining in mass because of increased precipitation, it is nowhere near equal to the loss experienced in the West, according to the Climate Institute.

How much it will melt in the future is anyone's guess. Scientific projections for sea level rise by 2100 vary from 30 centimeters (1 foot) to well over 200 centimeters (7 feet).

The Thwaites glacier, likely to be the biggest single source of future sea level rises, according to the report, could raise global sea levels by three meters.

The study admitted that much work remains to be done, not least in addressing how such projects would affect marine life.

Also, leading climate scientists have warned that geoengineering research could be used by climate change deniers as an excuse not to reduce CO2 emissions.

"We understand the hesitancy to interfere with glaciers — as glaciologists, we know the pristine beauty of these places. But we have also stood on ice shelves that are now open ocean," wrote Moore.

"If the world does nothing, ice sheets will keep shrinking and the losses will accelerate."