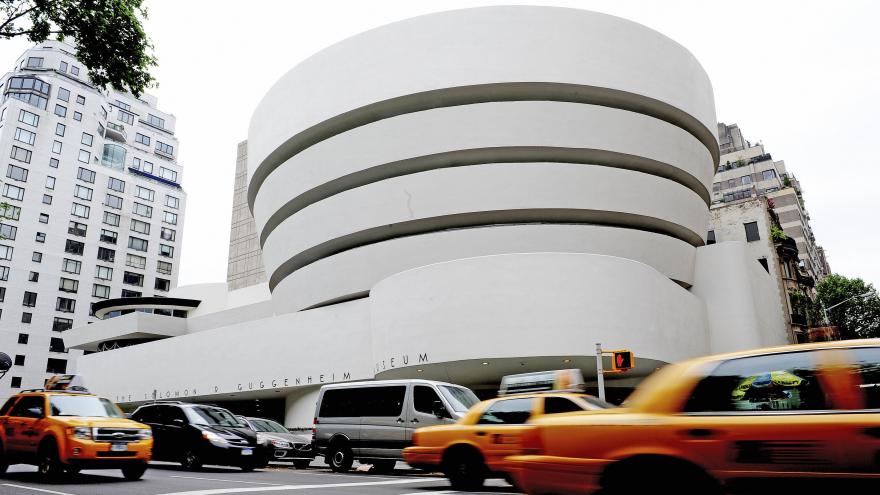 From the ruins of ancient Babylon in Iraq to the architecture of Frank Lloyd Wright to the Prosecco region of northeast Italy, UNESCO\'s World Heritage Committee added 29 new cultural and natural sites to its World Heritage List at its annual meeting in Baku, Azerbaijan. Source: Stan Honda/AFP/Getty Images
By Katia Hetter and Francesca Street, CNN

(CNN) -- From the ruins of ancient Babylon in Iraq to the architecture of Frank Lloyd Wright to the Prosecco region of northeast Italy, UNESCO's World Heritage Committee added 29 new cultural and natural sites to its World Heritage List at its annual meeting in Baku, Azerbaijan.

The United Nations' cultural body meets annually to approve the addition of cultural, natural and sites of mixed significance to its preservation list, which now has 1,121 sites of "outstanding universal value."

The 2019 list includes natural sites, such as Vatnajökull National Park in Iceland; cultural sites, such as the historic city of Sheki in Azerbaijan and the archaeological ruins of Liangzhu City in southeast China; and just one mixed site this year -- the Paraty and Ilha Grande in Brazil, which combines natural and cultural elements.

One of the more unusual additions was Jodrell Bank Observatory, a site in northwest England that's home to some of the planet's leading radio astronomy telescopes. Dating back to 1945, the observatory's research on cosmic rays, meteors, the moon and astral phenomena are credited with expanding our understanding of the universe.

The committee also approved the extension of an existing site in Albania, the Natural and Cultural Heritage of the Ohrid region in North Macedonia.

A human masterpiece or natural wonder

The inscribed sites have to meet one or more of 10 criteria, including "representing a masterpiece of human creative genius" or "exceptional natural beauty" or being an outstanding example of a traditional human settlement.

UNESCO has been adding sites to the World Heritage List since 1978, when the first 12 sites -- including the Galapagos Islands in Ecuador, Yellowstone National Park in the United States and the Island of Goree in Senegal -- were named to the list.

A "no" vote by the committee doesn't mean the site isn't worthy, or it won't get a designation in future years. Nations can spend years developing pitches for inclusion on the list, in pursuit of the cultural cachet and tourists and resources it can attract to sites in need of money for restoration and protection. Countries must convince the UNESCO committee that they will protect their sites and support them financially.

The United States had one nomination inscribed by the committee in 2019 -- the 20th-century architecture of Frank Lloyd Wright -- despite the US no longer being a member of UNESCO.

In January 2019, the United States quit UNESCO, claiming the organization was anti-Israel because it had accepted a Palestinian bid for full membership and and named several places as Palestinian World Heritage sites. Israel also cut ties with the agency.

UNESCO Director-General Irina Bokova called the US withdrawal "a loss to UNESCO" in 2017, after the United States first filed its intent to depart the organization.

The Islands and Protected Areas of the Gulf of California in Mexico were added to the List of World Heritage in Danger, which documents threats to cultural and natural sites and tries to bring attention to them.

At the same time, the birthplace of Jesus in Bethlehem, West Bank, was removed from the endangered list. The World Heritage Committee credited the restoration carried out on the Nativity Church, the decision not to dig a tunnel under Manger Square and the management plan for the site's conservation.

The Humberstone and Santa Laura Saltpeter Works in Chile were also removed from the list, due to measures over the past 15 years to protect the site.

Azerbaijan:Historic Centre of Sheki with the Khan's Palace

China: Migratory Migratory Bird Sanctuaries along the Coast of Yellow Sea-Bohai Gulf of China, Phase I

Portugal: Sanctuary of Bom Jesus do Monte in Braga

Russian Federation: Churches of the Pskov School of Architecture