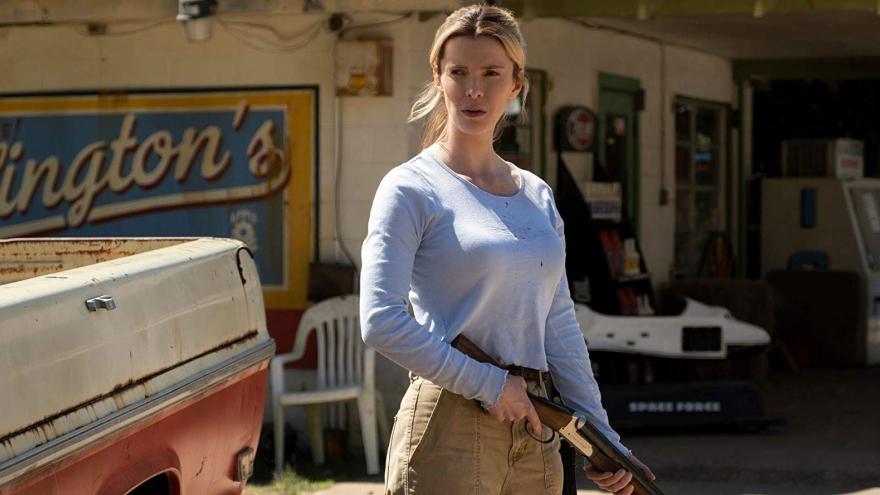 (CNN) -- Universal Pictures has pulled the release of satirical thriller "The Hunt," which had been slated to hit theaters on September 27.

"While Universal Pictures had already paused the marketing campaign for The Hunt, after thoughtful consideration, the studio has decided to cancel our plans to release the film," A Universal spokesperson told CNN Business in a statement. "We stand by our filmmakers and will continue to distribute films in partnership with bold and visionary creators, like those associated with this satirical social thriller, but we understand that now is not the right time to release this film."

The move comes a week after two deadly mass shootings in El Paso, Texas and Dayton, Ohio. Universal did not respond when asked if the decision was directly related to those tragedies and the studio did not give a date for when the film would be released in the future.

"The Hunt," an R-rated film produced by Jason Blum's Blumhouse, is about twelve strangers waking up in a clearing, not yet aware they are the target of a violent and bloody hunt that involves guns and blades. In an already released trailer, a narrator explains that every year "elites" hunt average Americans from states like Wyoming and Mississippi for sport.

In the past week, some companies have responded to mass shootings in Texas and Ohio by trying to reduce the amount of violent media and video games being shown to Americans.

Walmart this week said it would pull displays of violent video games in its stores following the deadly shootings, including one in an El Paso location. But the company plans to still sell video games as well as guns.

ESPN and ABC delayed airing an esports tournament that shows people virtually fighting with guns. The tournament, which was hosted by ESPN, already occurred on August 2 and 3, but the networks plan to air coverage in October instead.

Some public officials, including President Donald Trump, have pointed to violent video games as a cause of the rise in gun violence, though numerous studies have found no link between the games and actual violent behavior.