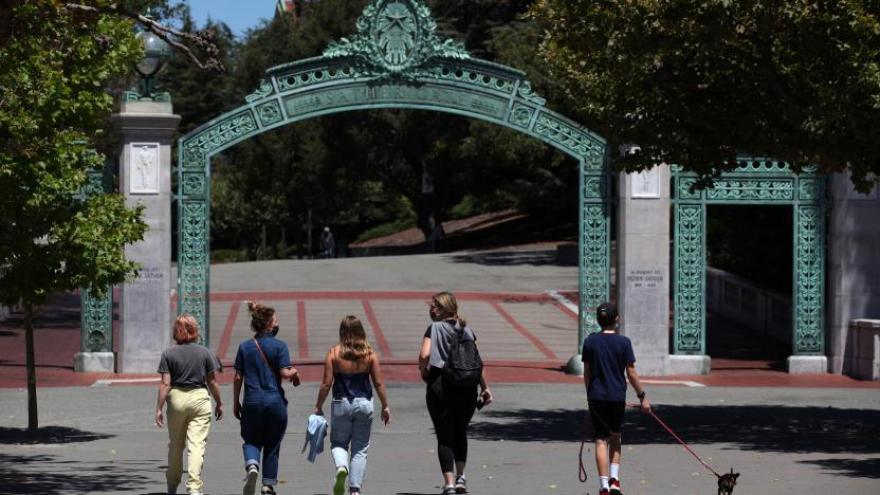 The University of California system can no longer use ACT and SAT tests as a determinant for admissions, a superior court judge has ruled, handing a victory to students with disabilities.

(CNN) -- The University of California system can no longer use ACT and SAT tests as a determinant for admissions, a superior court judge has ruled, handing a victory to students with disabilities.

The "test optional" policy at most UC campuses affords privileged, non-disabled students a "second look" in admissions, said Brad Seligman, the Alameda County Superior Court Judge who issued the preliminary injunction in the case of Kawika Smith v. Regents of the University of California on Tuesday.

At the same time, he said, a "second look" would be denied to less privileged students and students with disabilities who are unable to access the tests. Therefore, the conclusion is to do away with the tests all together.

But the judge's ruling Monday went even further, prohibiting the consideration of scores from students who still chose to submit them.

"The current COVID 19 pandemic has resulted in restrictions in the availability of test sites," Seligman said in his ruling. "While test-taking opportunities for all students have been limited, for persons with disabilities, the ability to obtain accommodations or even to locate suitable test locations for the test are 'almost nil'."

In a statement, a spokesperson for the University of California said it "respectfully disagrees with the Court's ruling."

"An injunction may interfere with the University's efforts to implement an appropriate and comprehensive admissions policies and its ability to attract and enroll students of diverse backgrounds and experiences," the spokesperson said.

The UC system said it is considering further legal action in the case, and pointed to an increase in admission of low-income and first-generation-to-college-students for fall 2020.

SAT and ACT did not immediate respond to CNN's requests for comment.

As the largest university system in the country, the ruling on UC is monumental. Many students and advocates have pushed for the removal of these required standardized tests, arguing that they don't truly reflect a student's academic ability.

Research has repeatedly proved that students from wealthy families score higher on the SAT and ACT, compared to students from low-income families.

And when it comes to race, "Hispanic and African-American students from comparable socioeconomic families scored lower than their Asian-American and White peers," according to a 2013 paper titled "Race, Poverty and SAT Scores."

More than 50 schools have dropped the ACT/SAT requirement for fall 2021 requirements, given the ongoing health pandemic, with some opting for longer.