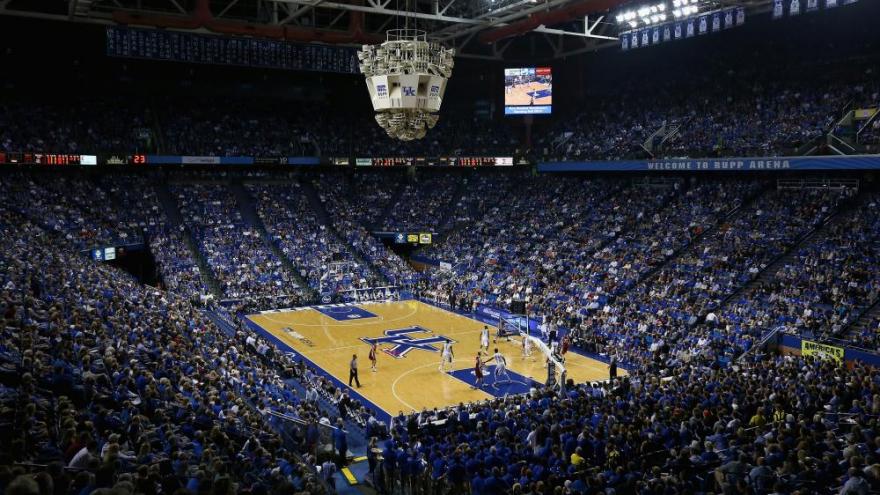 Rupp Arena, home of the University of Kentucky's basketball team, is among the campus buildings some faculty want to rename.

(CNN) -- Some University of Kentucky faculty members are calling for the renaming of all campus buildings that memorialize "enslavers, Confederate sympathizers...and other white supremacists," including famed Rupp Arena, home of the university's basketball team.

The demands were outlined in a letter published Thursday that also called for the university to hire more black professors, among other requests.

The arena is named after Adolph Rupp, a prominent basketball coach who refused to integrate his team after the Civil Rights Act, according to associate professor of history Anastasia Curwood. The University of Kentucky's perennially successful basketball program won the 2012 Division I NCAA Men's Basketball Tournament, with the Wild Cats winning the second most titles among its Division I peers.

"It signals who matters and who doesn't," said Curwood, who also heads the university's African American and Africana Studies program. "The black people do not feel comfortable in that stadium, and see it as sort of this monument to someone we know is racist, someone who was very publicly racist."

Faculty in the AAAS program sent the letter in response to what it saw as an "insufficient" effort by the university's president to address racism on campus, according to Curwood.

"People get called the n-word. Sometimes my colleagues will call on people for the black perspective in class. People get mocked," Curwood said. "It's just part of being a student at UK, which breaks my heart that these young people are subjected to this at UK."

The university said it had approved new faculty hires and was discussing creating a Commonwealth Institute of Black Studies, which are some of the goals outlined in faculty letter, but added "more must be done."

"The faculty and students who have expressed these concerns are deeply valued members of our community. We thank them for their continued passion and commitment to advancing equity at UK," university spokesperson Jay Blanton said in a statement released yesterday.

Blanton would not comment to CNN on the faculty members' demand to rename Rupp Arena.

The letter also calls for the number of black faculty to match the surrounding demographics of Lexington. The black population of Lexington is estimated at about 14 percent, according to the census.

"We have 3.7 percent of black faculty at the university," Curwood said, noting that the number of full professors make up an even smaller part of the faculty, comprising just two percent.