US and Iranian officials see some progress in nuclear talks, but long road remains 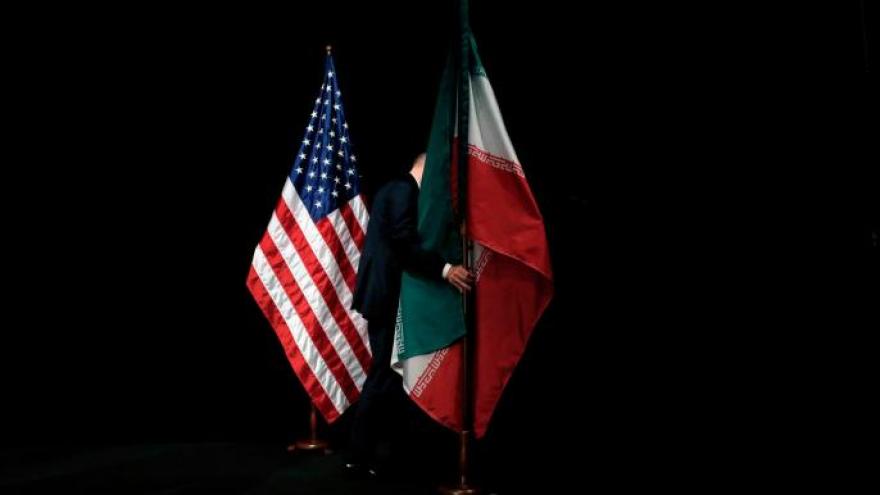 US and Iranian officials say they have made progress in talks aimed at bringing the US back to the 2015 nuclear deal and Iran back into compliance with it.

(CNN) -- US and Iranian officials say they have made progress in talks aimed at bringing the United States back to the 2015 nuclear deal and Iran back into compliance with it, but US officials stressed that a long road remains ahead.

Representatives from the countries that are still members of the deal -- China, France, Germany, Russia, the United Kingdom and Iran -- and the European Union have met several times in Vienna this month to work on salvaging the deal. A delegation from the US, which left the pact in 2018, has also been in the Austrian capital for indirect talks with Iran.

Iranian President Hassan Rouhani said Tuesday that "nuclear talks have progressed about 60-70%, and if Americans act within the framework of honesty, we will achieve results in a short time," according to the President's official website.

However, the Iranians' demands continue to be inconsistent with what the US seems prepared to offer. US officials' assessment of the progress was more subdued. They made clear that both sides have yet to reach an understanding on the necessary steps for a full return to compliance with the agreement, formally called the Joint Comprehensive Plan of Action.

"We've made some progress," national security adviser Jake Sullivan told CNN's Christiane Amanpour on Wednesday, describing talks in which US partners are telling the Iranians "both the nuclear restrictions they will have to accept and the sanctions relief that would flow from that."

Although the Joint Commission on the JCPOA said Tuesday that it has "decided to create a third expert group to start looking into the possible sequencing of respective measures," Sullivan said Wednesday that the conversations in Vienna are still focused on the substance of those measures -- "which sanctions get lifted and which nuclear restrictions does Iran embrace."

A senior State Department official said Wednesday that the two sides were no longer looking at incremental, confidence-building steps each side could take.

"We're not going to accept the process in which the US acts first and removes all of the sanctions that it is committed to removing before Iran does anything," the senior State Department official added.

Iran has a 'pretty clear sense' of sanctions US would lift

The official said after the latest round of Vienna meetings they believe Iran has a "pretty clear sense" of which sanctions the US would lift and which sanctions it would not lift. The official would not detail those sanctions but the Biden administration has said it maintains a right to keep sanctions in place that are tied to Iran's support for proxy groups or terrorism in the region.

Tehran has repeatedly maintained that the US must lift all Trump-era sanctions before it will stop breaching its commitments under the deal. A senior Iranian official reiterated that position this week.

"All sanctions applied during the Trump maximum pressure campaign must be lifted," they said. "We cannot accept the categorization of sanctions."

Iran also wants the US to provide an "objective guarantee" that it will not pull out of the nuclear deal again if it rejoins, according to the Iranian official.

The senior State Department official suggested that both of these demands are nonstarters.

"We have provided Iran with a number of examples of the kinds of sanctions that we believe we would need to lift in order to come back into compliance and the sanctions we believe we would not need to lift and we would not lift as part of the return to compliance with the JCPOA, and then a third category, which are the difficult cases -- difficult cases because this is a complex process but also because the Trump administration deliberately and avowedly imposed sanctions by invoking terrorism labels and other labels even though it was done truly for the purpose of preventing or hindering a return to compliance with the JCPOA," the official said.

"We have to go through every sanction to look at whether they were legitimately or not legitimately imposed," the official added. US officials in the past have suggested they would keep sanctions in place that are tied to Iran's support for proxy groups or human rights violations.

On Iran's call for a guarantee of future US commitment, the senior State Department official said that "it's clear there is no such thing as a guarantee."

"This is a political understanding in which, and it was clear at the time of the JPCOA, that it is a sovereign right of all participants to decide whether they want to maintain their participation or not," they said. "The Biden administration, if it decides, if it reaches an understanding with Iran and the P5+1 to come back into compliance with the deal, it would be with the intent of acting in good faith and not of departing the deal for no good reason."