US and Taliban agree in principle to framework for peace deal, US envoy says 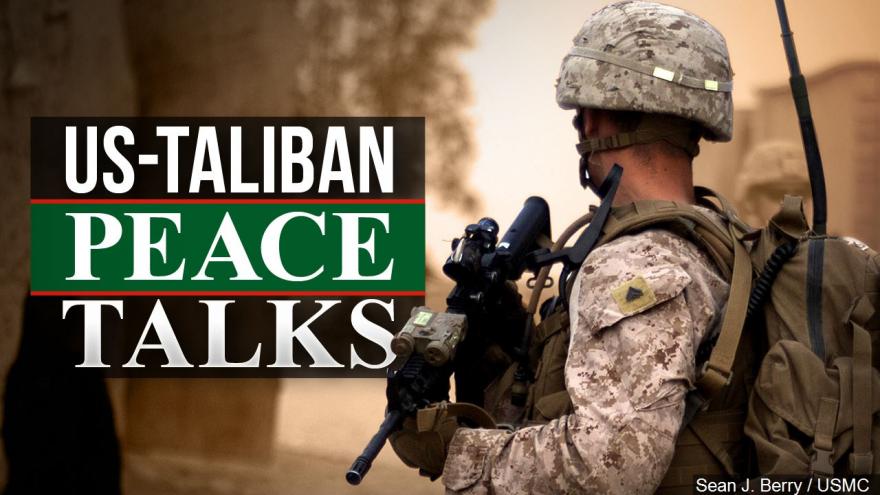 (CNN) -- Officials from the United States and the Taliban have agreed in principle to a framework that could eventually bring Afghanistan's long-running war to an end, the US Special Representative for Afghanistan said Monday.

In comments given to the New York Times and confirmed to CNN by the US Embassy in Kabul, Zalmay Khalilzad said the framework for peace would see the insurgent group vow to prevent the country from being used as a hub for terrorism in return for a US military withdrawal.

"We have a draft of the framework that has to be fleshed out before it becomes an agreement," Khalilzad told the Times on Monday. "The Taliban have committed, to our satisfaction, to do what is necessary that would prevent Afghanistan from ever becoming a platform for international terrorist groups or individuals."

The peace negotiations in Doha, Qatar had previously been described on Saturday by Khalilzad as "more productive than they have been in the past," signaling the first significant shift in the geopolitical stalemate in years. But he added that "nothing is agreed until everything is agreed."

The sides are working on a ceasefire that would lead to a sequenced agreement for dialogue, initially between US and the Taliban and then between the Taliban and Afghan government, a source with knowledge of the talks told CNN last week.

An Afghan source close to the negotiations told CNN on Monday that while a ceasefire and US withdrawal were both discussed, neither side came to final conclusions.

The source added that the US wouldn't announce any plans for a troop withdrawal without the Taliban entering into discussions with the Afghan government. Khalilzad will stay in a Kabul for more talks with the Afghan government Monday, and there are discussions that Khalilzad may go back to Afghanistan in early February ahead of the next round of talks later that month.

Progress made in Doha

On Saturday, Taliban spokesman Zabihullah Mujahid said the Doha talks "saw progress" on vital issues but added that "until the issue of withdrawal of foreign forces from Afghanistan is agreed upon, progress in other issues is impossible."

Qatari Deputy Prime Minister and Foreign Minister Mohammed Bin Abdulrahman Al-Thani called the six-day meeting a "significant step in the history of peace and reconciliation" on Twitter and urged regional and international players to "unify and coordinate efforts and support #Doha in its endeavor to facilitate successful negotiations."

According to a US defense official in December, the American military has received orders to commence preparations to pull about half of the US troops from Afghanistan.

The Pentagon is currently discussing a withdrawal along those lines, but the plan hinges on talks between the Afghan President and the Taliban, according to Trump administration officials.

The US has about 14,000 troops in the country, most of which are present as part of a larger NATO-led mission to train, advise and assist Afghan forces.

Acting Secretary of Defense Patrick Shanahan told reporters Monday that the US talks with the Taliban are "encouraging," but when asked if he had been "tasked to be prepared for a full withdrawal," he replied, "I have not."

The conflict, known as America's longest war, has spanned over 17 years, cost more than 2,400 American lives, billions of US dollars and has stretched into its third US presidential administration.

Ghani said the country recognized the work US soldiers have undertaken in the country but "the job that we started together needs to move."

"We need to get a stable Afghanistan as an entity that can ensure security of America and Europe and others on the one hand, but more fundamentally our own democratic rights and institutions and our right to live in peace and harmony," Ghani told CNN's Fareed Zakaria.

The number of civilians -- mostly women and children -- killed or injured by airstrikes in Afghanistan has risen a startling 39% year on year, according to UN figures released last October.