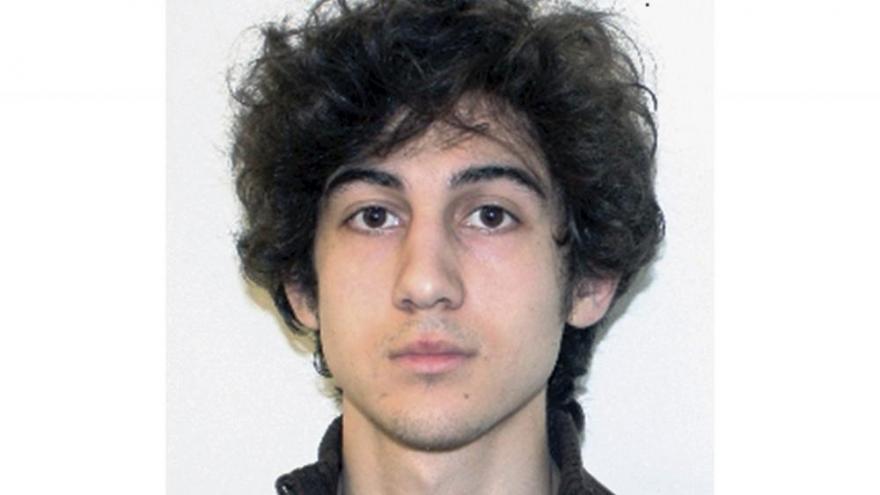 The filing is requesting the Federal Bureau of Prisons to turn over funds from Tsarnaev's inmate trust account. Tsarnaev is currently serving a life sentence in a federal prison in Florence, Colorado.

(CNN) -- Boston Marathon bomber Dzhokhar Tsarnaev should turn over money to his victims, including a previously deposited $1,400 federal stimulus payment, the US Attorney's Office of Massachusetts said in a filing.

The Wednesday filing is requesting the Federal Bureau of Prisons to turn over funds from Tsarnaev's inmate trust account. Tsarnaev is currently serving a life sentence in a federal prison in Florence, Colorado.

Despite having more than $21,000 transferred to his account since 2013, prosecutors said Tsarnaev has paid only a little more than $2,000 toward restitution.

Of the $21,000 in payments transferred to Tsarnaev's account, most were made by attorneys or individuals, but also includes a $1,400 stimulus payment from June 2021, the filing says. As of December 22, 2021, he had approximately $3,885 in his inmate trust account, prosecutors said.

"For privacy, safety, and security reasons, the Bureau of Prisons does not comment on individual inmate's conditions of confinement, pending litigation, or matters that are the subject of legal proceedings," the agency said.

CNN has reached out to Tsarnaev's attorneys for comment.

Tsarnaev owes $3,000 for a special assessment and $101,126,627 in criminal restitution, filings show. Four were killed and hundreds were injured after Tsarnaev and his brother set off two shrapnel bombs near the Boston Marathon finish line in 2013.

While Tsarnaev has paid only around $2,000 toward the money owed, prosecutors said, he's given money from his account to "other third-parties." The largest amount was given to his siblings for items such as gifts, "support" and books, totaling around $2,000, they said.

"The United States submits that the requested relief is reasonable and appropriate in this instance, especially in light of the Defendant prioritizing payments to his siblings over the victims of his crimes," the filing reads.

Tsarnaev did not inform the court he received these funds, which is required under federal law, according to prosecutors. The law obligates the defendant to "notify the Court and the United States of any material change in his 'economic circumstances' that might affect his ability to pay his restitution obligation," the filing says.

Days after the CARES Act was signed, establishing the stimulus payments, the IRS opened an online portal allowing people who weren't required to file income tax returns -- because their income was less than $12,200 -- to enter their information and receive a payment, according to a lawsuit filed against the IRS commissioner, the ex-Treasury secretary and others.

Citing a permanent injunction in the case, the IRS says it cannot deny payments to incarcerated individuals who are US citizens or resident aliens, have not been claimed as a dependent, have a Social Security number valid for employment and meet the IRS annual income threshold, according to the agency's website. Any inmate who was incarcerated in 2020 and wasn't required to file an income tax return in 2018 and 2019 had until November 4 to submit the "simplified" return necessary to collect the payment, the IRS website says.

In July 2020, a federal appeals court said Tsarnaev would remain in prison for the rest of his life but that he should be given a new penalty-phase trial, citing issues concerning juror selection and pretrial publicity as well as the exclusion of evidence that may have helped his case.

The 1st US Circuit Court of Appeals then vacated Tsarnaev's death penalty with directions to hold a new penalty-phase trial.

In October 2021, the US Supreme Court heard appeals to reinstate Tsarnaev's death sentence, a case that remains before the court.