US awards $8.3 million to Californians who survived the Las Vegas massacre 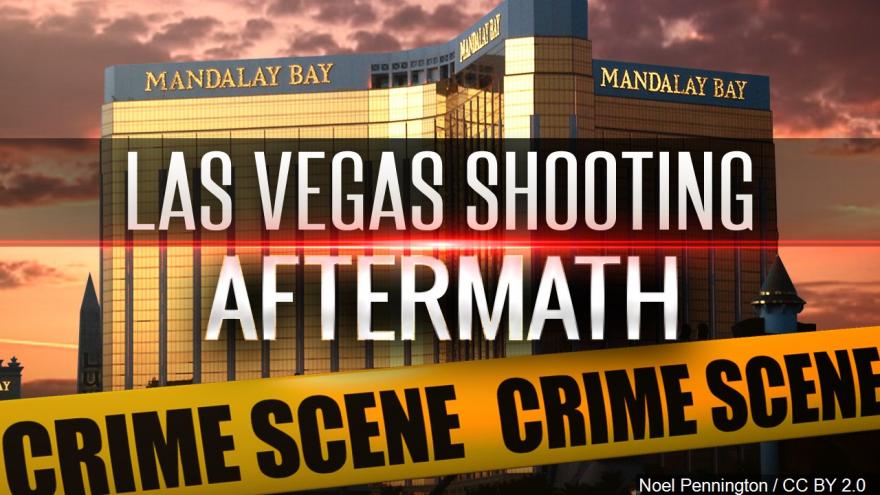 (CNN) -- It's been more than a year since a gunman fired erratically into a crowd of hundreds of concert-goers in Las Vegas, killing 58 people.

The massacre on October 1, 2017, left more than 600 injured, and was the deadliest shooting in US history. The Justice Department says of the people killed, 35 were from California, along with an additional 200 others who were wounded. And by some estimates, Californians made up nearly half the crowd that evening, it says.

In an effort to help survivors heal, the Justice Department is offering more than $8.3 million to the survivors from California because the shooting "significantly impacted the state resources available to victims," according to the DOJ.

The grant, awarded to the California Victim Compensation and Government Claims Board, will help fund additional support services to assist in the healing process for victims. The board is a state agency tasked with helping crime victims pay relevant bills.

The services include "supplemental crime victim compensation expenses; victim assistance; such as mental health and peer support groups; outreach to identify and contact victims; including a virtual victim resiliency center; and related expenses for support staff to provide these activities," the DOJ says.

"While we cannot undo the evil that was done that day, the Department of Justice is doing its part to support fist responders and survivors," Deputy Attorney General Rod J. Rosenstein said in a statement.

"We support them and all crime victims -- and we will continue to do our part to help them heal."

The California Victim Compensation Board estimates 65% of the nearly 24,000 ticket-holders in the Las Vegas festival were California residents.

"This tragic event affected so many people from California and Nevada," said Julie Nauman, the board's executive officer. "We encourage survivors and their family members who are struggling to recover to contact us."

The board has received close to 3,500 applications from victims and their families and given out more than $4.5 million in benefits to cover "mental health treatment, income loss, burial costs and other crime-related expenses." Californians will have until October 1, 2020 to apply for financial assistance.

In November 2018, the Justice Department gave more than $16 million to the state of Nevada to assist victims as well as ticket holders, concert staff, vendors, witnesses, law enforcement personnel and first responders. That same month, the department announced an $8.7 million grant to cover active shooter trainings to first responders across the US.

And in June last year, the DOJ dedicated $2 million to helping first responders of the shooting.

"The scale of loss and and suffering endured by these victims and survivors is enormous, and the trauma will follow them the rest of their lives," Principal Deputy Assistant Attorney General Matt. M. Dummermuth said. "We hope that these resources will help sustain them as they walk the path from pain and grief to healing."