US banks warn of much more economic pain ahead 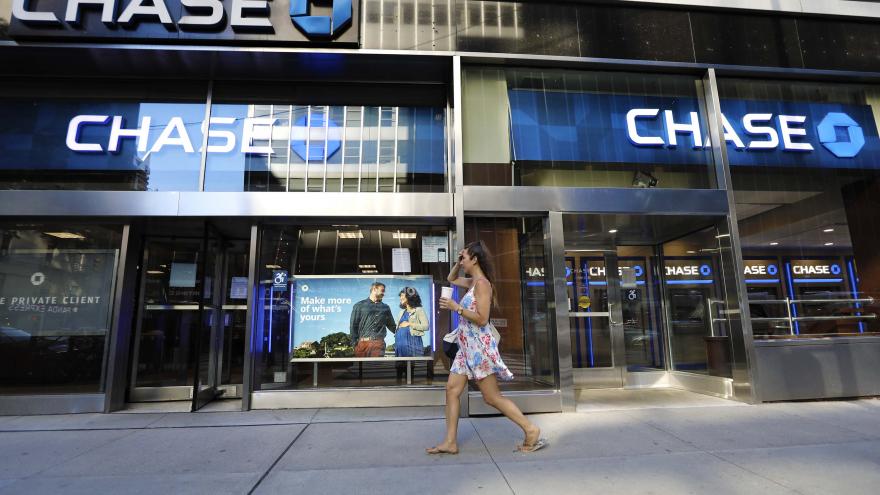 (CNN) -- The biggest US banks are setting aside billions of dollars to deal with toxic loans as support from the government falls off in the months ahead, a sign that some of the worst economic damage from the pandemic is still to come.

What's happening: JPMorgan Chase, Citigroup and Wells Fargo said Tuesday that they earmarked nearly $28 billion to cover credit losses last quarter, wiping out a huge chunk of profits made between April and June.

JPMorgan, the largest US bank, reported a 51% plunge in second-quarter profit, citing the need to prepare for "increased uncertainty in the macroeconomic outlook." Wells Fargo reported its first quarterly loss since the Great Recession.

JPMorgan CEO Jamie Dimon and CFO Jennifer Piepszak said much of the pain of the recession is still to come for banks as massive government stimulus efforts begin to taper off.

"May and June are really the easy months in terms of what this recovery will look like," Piepszak said on a call with reporters. The real damage, she said, will become evident in the coming months.

Know this stat: The bank is prepared for double-digit unemployment through the first half of next year. That would be far worse than the Federal Reserve's projection for unemployment to drop to 9.3% by the fourth quarter this year.

The KBW Bank Index, which tracks the largest US lenders, shed 1.6% Tuesday following the results. But the S&P 500 still managed to add 1.3%, highlighting the disconnect between broader markets and what's playing out in the real economy.

Up next: Goldman Sachs reports earnings on Wednesday. Bank of America and Morgan Stanley will follow on Thursday.

While Bank of America's shares are down 31% this year, Goldman and Morgan Stanley have fared much better, with investment banks benefiting from a rush by companies to tap markets for equity and debt.

US companies raised a record $190 billion via stock sales during the second quarter — and banks raked in money by brokering the deals. JPMorgan's investment banking fees soared 54% last quarter, a bright spot.

Investor excitement over a potential Covid-19 vaccine is back, triggering another round of stock gains as risky assets continue their push higher.

The biotechnology company Moderna said Tuesday that its vaccine, developed in partnership with the National Institutes of Health, has been found to induce immune responses in all of the volunteers who received it in a Phase 1 study.

The early results are the first for a US vaccine candidate to be published in a peer-reviewed medical journal, in this case the New England Journal of Medicine.

The news sent shares of Moderna skyrocketing nearly 18% in premarket trading. Later this month, the company is expected to begin a large Phase 3 trial, the final stage before regulators decide whether to approve the vaccine.

UBS analyst Navin Jacob called the latest data "positive" but said Phase 3 results were needed to determine the "clear winner" in the race for a vaccine.

UBS pointed to progress made by Pfizer and BioNTech, which announced Monday that they'd received "fast track" designations from the US Food and Drug Administration for two of their four vaccine candidates, lining them up for accelerated approval.

Pfizer shares have jumped more than 4% this week, while BioNTech's stock is up 19%.

Delta Air Lines is in a much stronger position than many of its peers — so it doesn't bode well that the carrier posted a loss of nearly $6 billion for the April-to-June quarter, its worst since 2008.

Perhaps more concerning is Delta's outlook for the future as the resurgence of the coronavirus in many US states hits demand again. The airline had planned to add 1,000 flights a day to its August schedule but will now add only 500.

"We have thought from the start that the recovery will be choppy, and the past few weeks have shown that to be true," CEO Ed Bastian told analysts Tuesday.

Another sign of the tough road ahead comes from Boeing, which reported Tuesday that 60 orders were canceled in June.

That's not as bad as the 150 orders canceled in March and 108 in April. But after canceled orders fell to just 18 in May, it's a move in the wrong direction.

Remember: Airline industry losses are expected to top $84 billion this year, per the International Air Transport Association. Air travel is not expected to recover to 2019 levels until at least 2023.