US begins withdrawing some military equipment from Syria 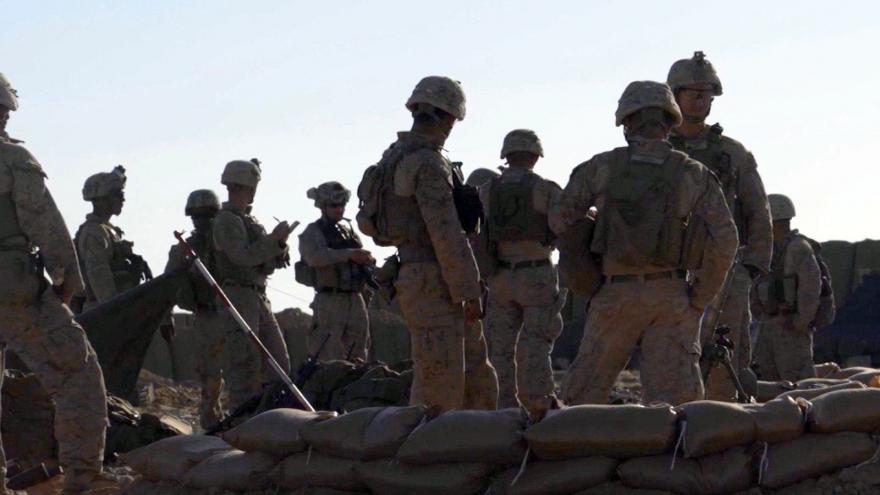 Photo courtesy of the Department of Defense

(CNN) -- The first US military ground equipment has been withdrawn from Syria in recent days, signaling the beginning of the drawdown ordered by President Donald Trump, according to an administration official with direct knowledge of the operation.

"Some cargo has already moved," the official told CNN.

Due to security concerns, the official would not describe exactly what the cargo was or whether it had been moved out by aircraft or ground vehicles. The official also would not say what part of Syria the equipment was in, although it's widely expected the drawdown will begin in northern Syria.

Col. Sean Ryan, spokesman for the US-led coalition said in a statement Friday that the coalition "has begun the process of our deliberate withdrawal from Syria," but did not provide additional details.

Officials have previously told CNN to expect to see discussion of percentages of equipment withdrawn as a way of meeting Trump's intent -- even though it's expected that no troops are coming out immediately. Senior officials like Secretary of State Mike Pompeo and national security adviser John Bolton have declined to put a timeline on when troops would be withdrawn.

The Defense Department wants to show progress to Trump and the public that they are following through on the President's orders to withdraw troops even though Bolton has indicated troops could remain for some time. One mechanism for doing so will be periodic public updates, one official said. Earlier this week, the Pentagon said in a statement that "out of concern for operational security, we will not be discussing specific troop movements or timelines, but we do expect to provide a periodic update on progress regarding percentages of equipment removed from Syria."

US Central Command, which is overseeing the withdrawal operation, has identified ships, aircraft and ground units that will be used in the operation. They will provide intelligence and reconnaissance as withdrawals occur, securing forces and heavy ground transport vehicles. Most of the necessary assets are already in the region.

The military is carrying out the withdrawal under an order signed by former Defense Secretary James Mattis just before he left office December 31. Military planners are still working on the basis that all troops will be withdrawn from Syria. If there changes to that, such as leaving troops in eastern and southern Syria, Trump would have to approve those specific details, the official said.