US Capitol Police officers issue vote of no confidence for acting chief, other top leaders 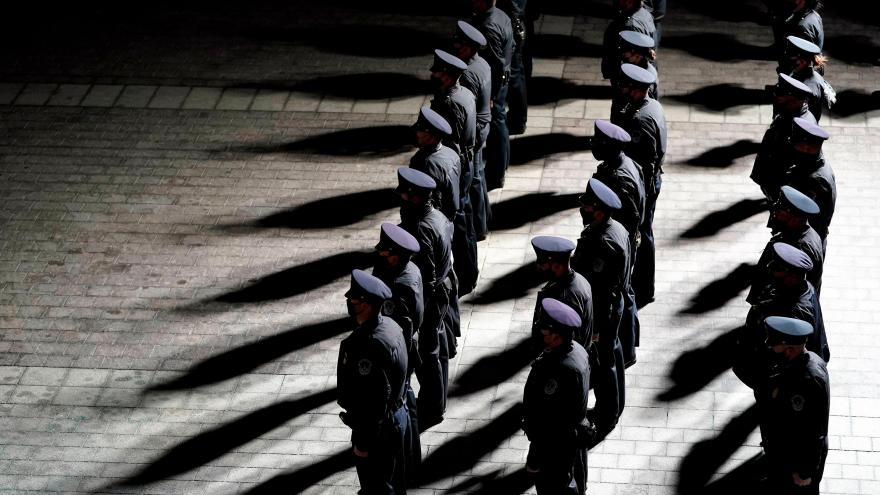 (CNN) -- Members of the US Capitol Police issued a vote of no confidence in the force's top leaders more than a month after the January 6 riot at the Capitol left dozens of officers injured and led to the death of Officer Brian Sicknick.

Vote totals varied for each boss but each of the seven -- acting Chief Yoganada Pittman, two assistant chiefs, three deputy chiefs and a captain in the division that staffs the Capitol building -- were found not to have the confidence of rank-and-file officers, according to two sources who shared the vote totals with CNN.

Voting on the question began Thursday afternoon and ran for 24 hours before votes were tabulated, giving officers on three shifts a chance to vote at work. Voting was limited to members represented by the union that represents rank-and-file officers.

"It's been just over one month since one of our nation's darkest days, and the trauma is still incredibly raw and difficult for the many officers who fought heroically on the 6th," Pittman said in a statement. "Since being sworn in on January 8th, my executive team and I have made the well-being of our officers our top priority. While progress has been made, more work remains. And I am committed to ensuring every officer gets what they need and deserve."

The vote comes after officers recently told CNN that intelligence and operational failures left them vulnerable to the attack on January 6, and said they worry current leadership is incapable of managing future incidents.

Officers have described turmoil to CNN, both on the day of the insurrection and in the weeks since.

Former Chief Steven Sund resigned after the insurrection. The Sergeants-at-Arms for the US House and Senate, each of whom has some oversight of the department, also resigned.

After the union scheduled a no-confidence vote, officer outcry over its timing forced the union to postpone a vote until this week. It had been scheduled for the same week Sicknick lied in honor at the Capitol.

A vote of no confidence is among the most adversarial actions the union can take to express displeasure in leadership. The move signifies USCP officers' deep frustrations with management and sends the loudest message officers can issue as a unified group.

According to an email sent to members of the department obtained by CNN late Tuesday, Pittman told officers the vote illustrates "the sentiment and concerns of some of our officers."

"We all know how difficult the fight and sacrifice can be on ourselves and our loved ones," she wrote. "During these difficult times, it is important to remember that we are a family too. We are stronger together united versus divided."