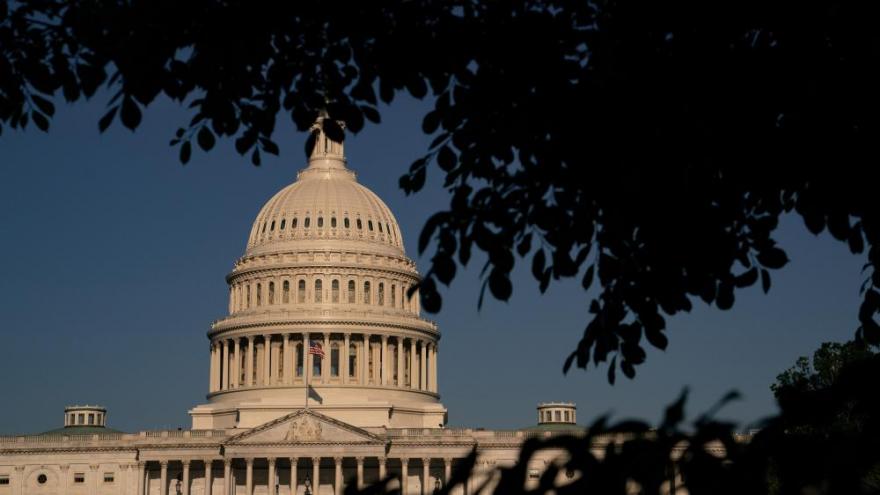 US Capitol Police says threats against members of Congress are up 107% compared to 2020. This image shows the U.S. Capitol in Washington, D.C. on Tuesday, May 4.

(CNN) -- US Capitol Police said Friday that there has been a 107% increase in threats against members of Congress this year compared to 2020 and the department is "confident" the number of cases will continue to increase.

"As the Department has previously reported, the number of threats made against Congress has increased significantly. This year alone, there has been a 107% increase in threats against Members compared to 2020," USCP said in a press release on security recommendations detailed in a third preliminary report by its inspector general.

"Provided the unique threat environment we currently live in, the Department is confident the number of cases will continue to increase," it adds.

While USCP did not offer any details about the nature of these threats or what it believes is behind the increase, it noted its support of recommendations for "increasing threat assessment manpower and restructuring the Department to establish a stand-alone counter-surveillance entity."

In late January, CNN reported that intelligence based on social media chatter and other information, which increased after the January 6 insurrection, indicated a heightened threat for members of Congress.

Lawmakers in both parties have been reluctant to share details about specific threats they have received but several members were given increased security in the weeks after pro-Trump rioters stormed the Capitol.

The USCP Inspector General reports and other independent reviews of the security failures around January 6 have noted that the department needs additional resources to better protect lawmakers.

"The USCP agrees a stand-alone counter-surveillance unit would be valuable. However, in order to fully implement this recommendation, the Department would require additional resources for new employees, training, and vehicles as well as approval from Congressional stakeholders," USCP said in the release.

The third Capitol Police Inspector General report has not yet been released by the watchdog is expected to testify about its contents next week.

The IG's previous two reports detailed the department's "deficiencies" leading up to the January 6 attack on the Capitol.

The House Administration Committee has announced it will hold a hearing on Monday entitled, "Oversight of the January 6th Attack: United States Capitol Police Threat Assessment and Counter Surveillance Before and During the Attack."