US Capitol police to hold vote of no confidence Thursday 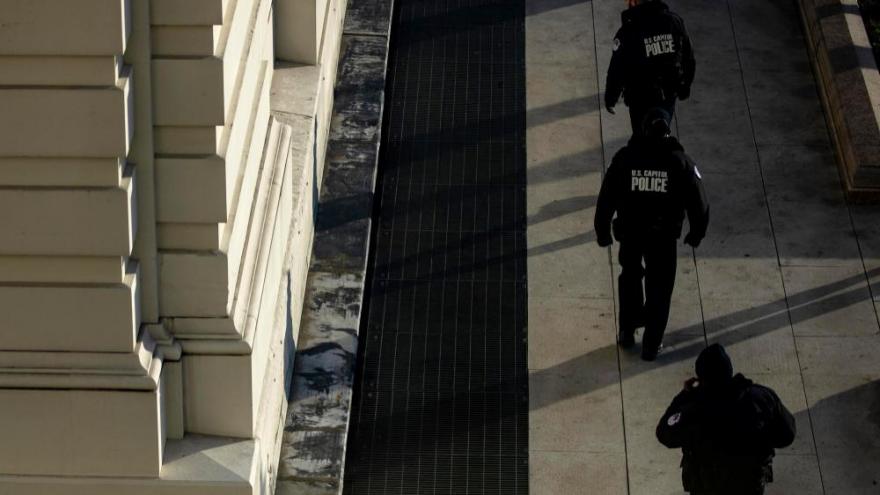 (CNN) -- Members of the US Capitol Police plan to hold a vote of no confidence Thursday, more than a month after the January 6 riot at the Capitol that left dozens of officers injured and led to the death of officer Brian Sicknick.

Officers recently told CNN that intelligence and operational failures left them vulnerable to the attack and said they worry current leadership is incapable of managing future incidents.

A separate ballot will be available for officers who work the Capitol Division of the department, and they'll be asked to vote on a captain in that division, Papathanasiou said.

According to an email sent to members of the department obtained by CNN late Tuesday, Pittman told officers the vote illustrates "the sentiment and concerns of some of our officers," adding that she is working to address their frustrations.

"We all know how difficult the fight and sacrifice can be on ourselves and our loved ones," she wrote. "During these difficult times, it is important to remember that we are a family too. We are stronger together united versus divided."

In the email, Pittman touted her efforts after her appointment to the agency's top spot, including improving intelligence and operational communications.

A spokeswoman for the Capitol Police did not respond to a request for comment.

The planned vote was originally scheduled for the week of February 1 but was pushed back out of respect for Sicknick's memorial service in the Capitol Rotunda after officers called the timing of the vote disrespectful.

The fallout from the insurrection has been compounded by an officer's?subsequent?suicide and a Covid-19 outbreak that has infected dozens of people within the Capitol Police. Officers are still nursing significant physical wounds and countless others are dealing with the psychological trauma of the day -- all while working long hours to keep the Capitol secure.

"The officers are angry, and I don't blame them," Papathanasiou said. "The entire executive team failed us, and they must be held accountable."