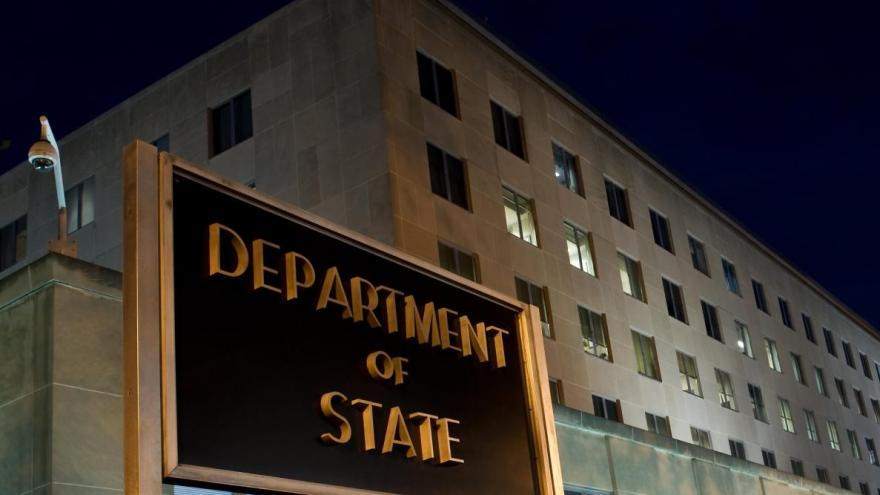 The US is considering declaring major humans rights organizations are anti-Semitic. Pictured here, the State Department on November 29, 2010 in Washington, DC.

(CNN) -- The US State Department is considering declaring that several widely respected human rights organizations are anti-Semitic, according to multiple sources who have been made aware of the conversations.

The organizations include Amnesty International, Human Rights Watch and Oxfam with sources telling CNN that many diplomats believe a declaration would be dangerous and undercut US policy on countries such as China, Cuba or Venezuela where the Trump administration has joined with these groups, and relied on their work, to call out human rights abuses.

It's believed the declaration could come in a report in the coming days and the groups understand the State Department's declaration is based on support for the UN's database of organizations that do business with Israeli settlements in the West Bank, Eric Goldstein, an official at Human Rights Watch, told CNN.

This week, through informal channels, a State Department official asked some of the human rights groups to clarify their position on the Boycott, Divestment and Sanctions (BDS) movement, according to sources familiar with the discussions.

Human Rights Watch has urged businesses, on human rights grounds, to suspend activity in Israeli settlements in the West Bank because they are illegal under international law, but they have never taken a position for or against the BDS movement. Similarly Oxfam opposes trade with those Israeli settlements but does not fund or support any activities calling for a boycott, divestment or sanctions. Amnesty opposes the settlements and said their opposition is independent of the beliefs of any other group.

"Our research has continuously shown a close connection between Israeli settlements and the violation of human rights of Palestinians in every aspect of their lives. The Amnesty International movement is independent of any ideology, government, creed or religion," said Bob Goodfellow, the Interim Executive Director of Amnesty International USA.

Goldstein called the possible declaration by the State Department "preposterous" and said it would be a "golden opportunity" for regimes hostile to Human Rights Watch to discredit their findings and expel their employees.

The report, if it does become public, would come less than two weeks before the presidential election and some human rights advocates see it as an effort to garner last minute support for President Donald Trump from Jewish and evangelical voters.

Politico was first to report the declaration is under consideration.

Oxfam and Amnesty International also rejected any suggestion that they are anti-Semitic.

"Any insinuation that Oxfam supports anti-Semitism is false, baseless, and offensive. Oxfam does not support BDS or call for the boycott of Israel or any other country," Noah Gottschalk, Oxfam America's Global Policy Lead, told CNN. "Oxfam and our Israeli and Palestinian partners have worked on the ground for decades to promote human rights and provide lifesaving support for Israeli and Palestinian communities. We stand by our long history of work protecting the lives, human rights, and futures of all Israelis and Palestinians."

"Secretary Pompeo's baseless accusations are yet another attempt to silence and intimidate international human rights organizations. The administration is spreading misinformation and working to undermine those who are working to protect human rights," Goodfellow said. "We are deeply concerned that conflating anti-Semitism with legitimate criticism of Israeli government policy is detrimental not only to ending serious crimes under international law, but also to efforts to address and end anti-Semitism -- and it may encourage other countries to make such baseless claims. "

Goodfellow also pointed out that Amnesty is "deeply committed to fighting anti-Semitism and all forms of hate worldwide" and that the Universal Declaration of Human Rights, the founding document of their work, came together in reaction to the atrocities committed against the Jewish people.

Earlier this year when the State Department put out a Commission on Unalienable Rights report, Human Rights Watch and other rights organizations came out in opposition to its findings. The report identified religious freedom and property rights as two rights that are "unalienable" but did not list the rights of women and LGBTQ people in that same category, causing alarm among rights and advocacy groups.

"The US government cannot unilaterally rewrite international human rights law," said Andrea Prasow, the Washington director at Human Rights Watch. "To maintain any credibility on human rights, the commission should recognize the necessity of upholding all rights equally, without giving some rights less value than others. If the report does not reflect that basic premise, the State Department should reject it outright."