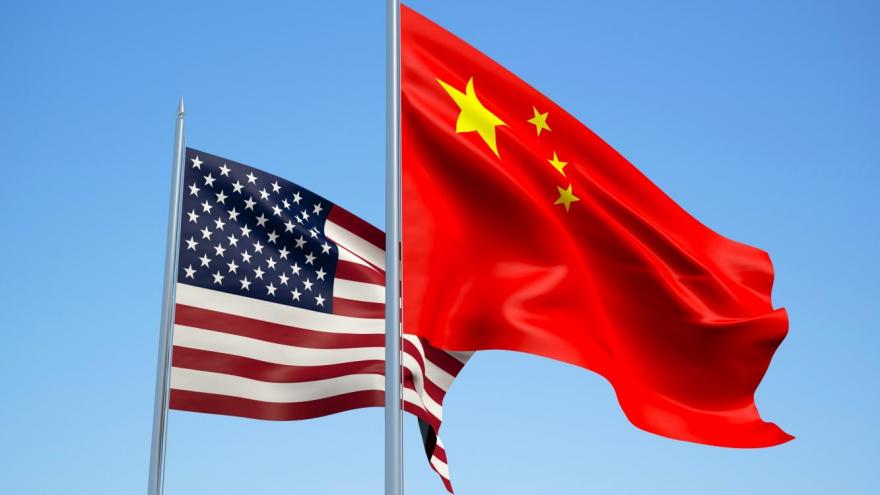 The Trump administration announced that it will designate four more Chinese media organizations as foreign diplomatic missions, arguing that they are under the control of the Chinese Communist Party.

(CNN) -- The Trump administration announced that it will designate four more Chinese media organizations as foreign diplomatic missions, arguing that they are under the control of the Chinese Communist Party.

David Stilwell, the State Department's assistant secretary for east Asia and Pacific affairs, said Monday that China Central Television, China News Service, People's Daily and the Global Times would have to report details of their US staffing and what their US real estate holdings are to the State Department.

"These entities are not independent news organizations; they are effectively controlled by the Chinese Communist Party ... also known as propaganda outlets," Stilwell said. "Furthermore ... our action will increase transparency on the control of information, not just among their state propaganda outlets but also amongst legitimate journalists and news gatherings in China."

This is the second time the US has designated Chinese media outlets as foreign entities, requiring them to submit to the rules and regulations that cover diplomatic missions.

The designations come as US-China ties have been mired in acrimony over trade, the future of Hong Kong and the coronavirus pandemic. With the general election just over four months away, President Donald Trump's reelection prospects uncertain and the global economy in shambles because of the virus, there is a push inside the White House and among the President's Republican allies to shift the blame to China and stress its failure to act quickly and transparently to prevent the virus from spreading into a global pandemic.

The announcement about the four Chinese media outlets also comes just days after revelations from a new book by John Bolton, Trump's former national security adviser, who wrote that Trump had implored China's President Xi Jinping for help in winning the 2020 election.

"These people are doing more than just propaganda, right, and to understand exactly what that is we have to know who they are. It's about understanding what's going on inside your own country; we're a free nation," Stilwell added.

Earlier this year, the US had designated five other Chinese outlets as foreign missions and capped the number of Chinese journalists working for those outlets in the US.

China has expelled journalists from The New York Times, The Wall Street Journal and The Washington Post.

When asked about the effectiveness of this effort, given China's retaliation in expelling US journalists the last time the State Department took this action, Stilwell said, "The Chinese government does what it does. You can't say that they're doing it specifically because we're doing to them. It's simply an excuse."

While Stilwell and State Department spokeswoman Morgan Ortagus stressed Chinese media's lack of freedom, favorably contrasting it with US media, Ortagus would not allow a question about Bolton's book, which also paints Trump as trying to curry favor with Xi.