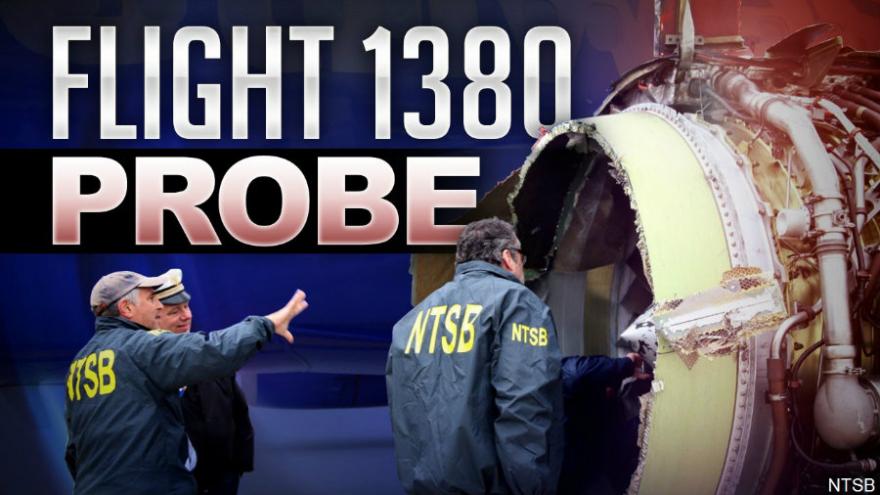 (CNN) -- US and European aviation authorities have ordered inspections within the next 20 days for almost 700 engines similar to the one that failed earlier in the week on a Southwest Airlines flight, resulting in a passenger's death.

The affected Southwest Boeing 737 took off Tuesday morning from New York, headed for Dallas. About 20 minutes into the flight, at about 32,500 feet, a fan blade broke off the engine and shrapnel shattered a window.

Jennifer Riordan, 43, and a mother of two, was almost sucked out of the broken window and pulled back inside by fellow passengers. She died from blunt force trauma at a hospital after the plane's emergency landing in Philadelphia.

The FAA and EASA directives came on the same day that the engine manufacturer, CFM International, issued a service bulletin recommending the CFM56-7B engine be inspected more frequently.

After reaching a certain age, the engines should be inspected approximately every two years, the manufacturer said.

According to CFM International, about 680 engines will be impacted by the order to inspect engines with more than 30,000 cycles within the next 20 days. More than 150 of those have already been checked by operators, it said.

Another 2,500 engines will be impacted by the recommendation to inspect fan blades with 20,000 cycles by the end of August, CFM International said. A jet engine cycle comprises an engine start, takeoff and landing, and full shut down.

"The inspection, conducted on-wing with an ultrasonic probe along the surface of the fan blade, takes about four hours per engine," the manufacturer said.

US federal safety investigators have said the naked eye cannot detect the cracks and signs of metal fatigue that doomed the engine on Southwest Flight 1380.