US expected to impose sanctions on Putin as soon as Friday, sources tell CNN 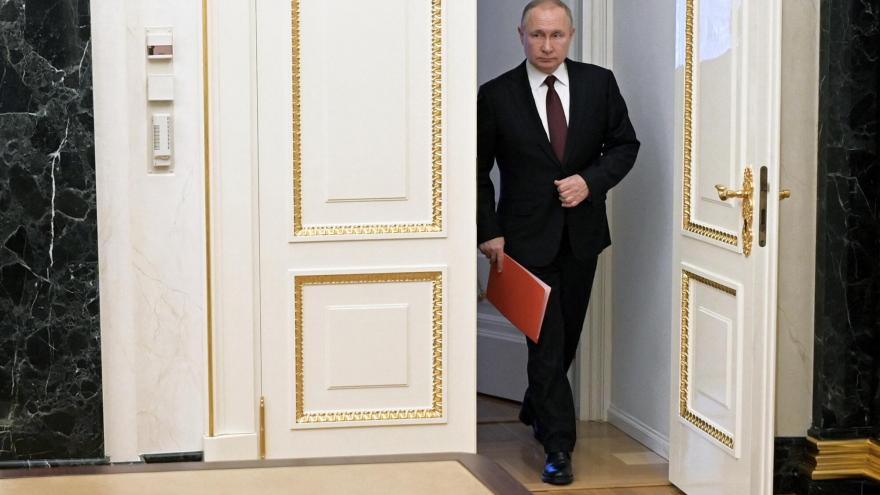 Russian President Vladimir Putin arrives to chair a Security Council meeting via a video link in Moscow on February 25.

(CNN) -- The US is planning to impose sanctions on Russian President Vladimir Putin as soon as Friday, according to two people familiar with the decision.

The Russian leader will become the highest-profile target in the effort to impose costs on the Russian economy and Putin's inner circle in the wake of the Russian invasion of Ukraine. Additional Russian officials are likely to be included, one of the people said.

President Joe Biden had said sanctioning Putin had been an option under consideration, telling CNN's Kaitlan Collins on Thursday it was "on the table."