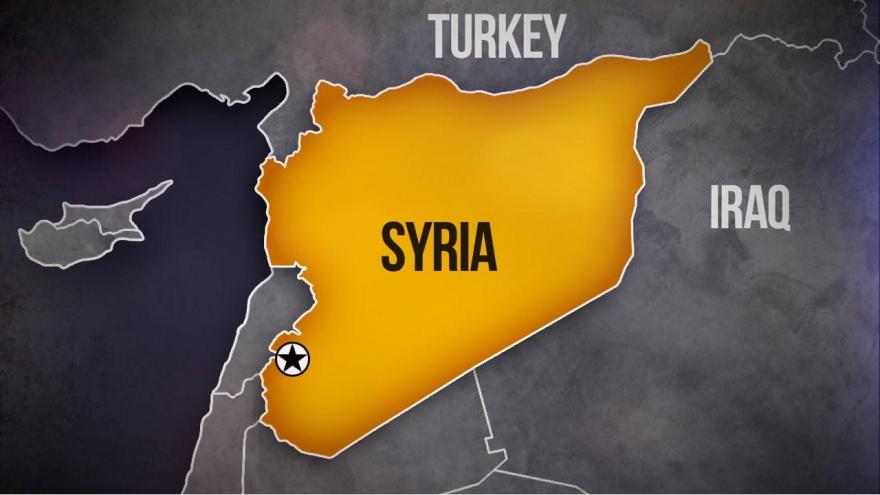 The US jets fired warning flares during the intercept of the two Russian Su-25 close air support jets according to the officials after they crossed the de-confliction line multiple times.

One of the officials said a Russian Su-35 fighter jet was also involved and that the aerial encounter lasted "several minutes."

The official said that coalition officers called their Russian counterparts about the incident via the pre-established de-confliction hotline.

"The F-22s conducted multiple maneuvers to persuade the Su-25s to depart our de-conflicted airspace, including the release of chaff and flares in close proximity to the Russian aircraft and placing multiple calls on the emergency channel to convey to the Russian pilots that they needed to depart the area," he added.

Pickart accused the Russian pilots of dangerous flying during the encounter.

"One Su-25 flew close enough to an F-22A that it had to aggressively maneuver to avoid a midair collision," he said, adding that "during the incident, a Russian Su-35 also flew across the river and was shadowed closely by one of the F-22As."

He said the encounter lasted approximately 40 minutes before the Russian aircraft flew to the west side of the river, saying officers from the US-led coalition contacted the Russians on the de-confliction line "to de-escalate the situation and avert a strategic miscalculation."

President Donald Trump and Russian President Vladimir Putin pledged to continue to uphold those de-confliction measures in their recent joint statement issued on the sidelines of the APEC conference in Da Nang, Vietnam.

The statement said Trump and Putin "agreed to maintain open military channels of communication between military professionals to help ensure the safety of both US and Russian forces and de-confliction of partnered forces engaged in the fight against ISIS."

Pickart said the Russians had violated the agreement numerous times.

"In early November we verbally agreed through de-confliction channels that the Russians would remain west of the Euphrates River, and the coalition would operate to the east. Since agreeing to this de-confliction arrangement, the Russians have flown into our airspace on the east side of the river 6-8 times per day, or approximately 10% of the Russian and Syrian flights," Pickart said.

"If either of us needs to cross the river for any reason, we're supposed to first de-conflict via the line. It's become increasingly tough for our pilots to discern whether Russian pilots' actions are deliberate or if these are just honest mistakes," he added, saying, "the coalition's greatest concern is that we could shoot down a Russian aircraft because its actions are seen as a threat to our air or ground forces."

"We are not here to fight the Russians and Syrians -- our focus remains on defeating ISIS. That said, if anyone threatens coalition or friendly partner forces in the air or on the ground, we will defend them," he added.

The Russian Ministry of Defense issued a statement later on Thursday denying the incident took place west of the de-confliction line, accusing the F-22s of interfering with the flight of the Su-25s while they were operating along the western bank of the Euphrates River in the vicinity of the town of Mayadin.

America's top military officer, Joint Chiefs of Staff Chairman Gen. Joseph Dunford, spoke on the phone last week with his Russian counterpart, Gen. Valery Gerasimov, according to a spokesman for the Joint Staff.

Several US officials told CNN that de-confliction and operations in Syria were part of the discussions.