US fertility rates down, first-time moms getting older 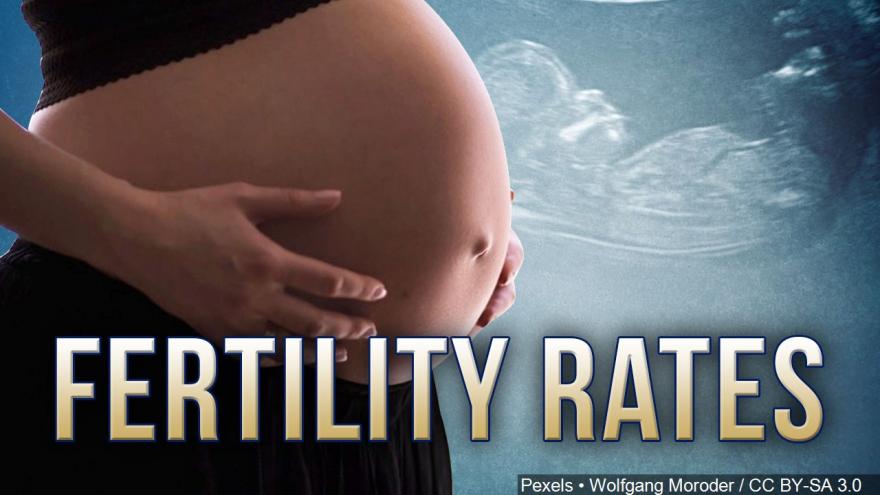 (CNN) -- First-time mothers in the United States grew older on average over the past decade while total fertility rates declined, a new government report shows.

The average age of new mothers increased between 2007 and 2017, according to the data brief from the Centers for Disease Control and Prevention's National Center for Health Statistics, published Wednesday.

In that time period, new moms in rural areas grew older by 1.3 years, in suburban areas by 1.5 years and in urban areas by 1.8 years. First-time mothers in rural counties were younger, on average, than their counterparts in more urban regions for each of the years within the time span studied.

This general trend of older first-time moms held true across all races.

In particular, black women raised their average age for a first birth most: They gained 1.7 years in rural, 1.9 years in suburban and 2.4 years in urban regions over the time studied.

2007 stands as a recent peak in the US total fertility rate, which estimates the total number of lifetime births expected for every 1,000 women, according to the CDC. Since 2007, the US has been experiencing a decreasing total fertility rate across all levels of urbanization, with differences between rural and metro counties widening over the decade.

All races showed a decline in total fertility rates across all regions during that period.

The largest declines were seen among Hispanic women, whose total fertility rate decreased 26% in rural, 29% in suburban and 30% in urban counties between 2007 and 2017.

"The differences in total fertility rates between rural and metro areas are consistent with previous research describing differences in childbearing behaviors," the study authors wrote.

However, black women were the exception to the trend of rural-dwelling women giving birth to more children than women living in suburban and urban regions.