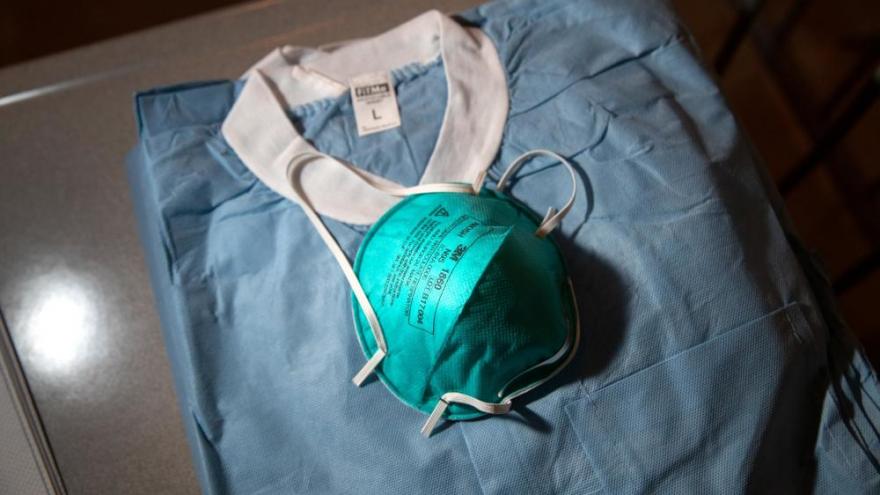 The Trump administration will no longer ship personal protective equipment to allies overseas as the United States grapples with critical shortages of supplies and coronavirus cases continue to soar.

(CNN) -- The Trump administration will no longer ship personal protective equipment to allies overseas as the United States grapples with critical shortages of supplies and coronavirus cases continue to soar.

A congressional source told CNN on Wednesday that they were informed late last Friday night that the coronavirus task force -- led by Vice President Mike Pence -- was stopping overseas shipments of the medical equipment and instead asking that the supplies be distributed within the United States.

Asked about reports of the freeze on Wednesday, President Donald Trump said there was "no truth whatsoever" to them. However, minutes later, he noted that "whatever we have, whatever we've committed to, we commit," but added that "we also need a lot for ourselves."

"Obviously, we're not going to be shipping too much," he said during a White House briefing.

Politico was the first to report on the freeze. CNN has reached out to the US Agency for International Development for comment.

The move comes as the US has turned to countries around the world with requests to donate or sell supplies ranging from hand sanitizer to ventilators in an effort to combat the deadly pandemic. In a list obtained by CNN, the State Department laid out 25 items for diplomats to request of their host countries.

South Korea said last week that Trump had made a personal appeal for supplies to President Moon Jae-in. On Wednesday, a Russian cargo plane stocked with medical supplies landed in New York, just days after Trump and President Vladimir Putin had spoken by phone.

On Monday, USAID issued "an urgent request" to organizations for personal protective equipment and medical supplies, including test kits, masks and ventilators, that may be "potentially available for use," according to an email obtained by CNN.

Despite the decision to freeze shipments of medical equipment overseas, the State Department and USAID have publicly touted America's generosity amid the global pandemic.

"In early February -- it seems like a long time ago -- in early February, we transported nearly 18 tons of medical supplies provided by Samaritan's Purse, the Church of Jesus Christ of Latter-day Saints and others to Wuhan," Secretary of State Mike Pompeo said Tuesday, an apparent response to criticism of that shipment of aid.

"In America, we provide aid because we're a generous and noble people," he said.

Last week, the State Department announced $274 million in health and humanitarian assistance in response to the pandemic. However, a senior State Department official acknowledged last week that they were not offering personal protective equipment as part of that assistance.

A State Department spokesperson noted that, "in general, we work to ensure short-supplied, critical medical supplies are not diverted from domestic need."