US general: Russia and China building space weapons to target US satellites

US general: Russia and China building space weapons to target US satellites

(CNN) -- A senior US general said Saturday that countries like Russia and China are actively building weapons that can target space-based US military assets like satellites. 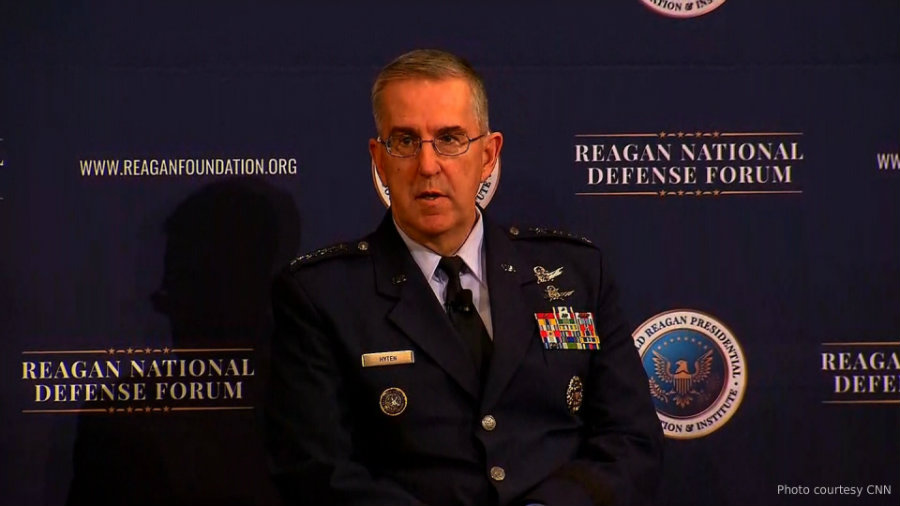 "They've been building weapons, testing weapons, building weapons to operate from the earth in space, jamming weapons, laser weapons, and they have not kept it secret," Gen. John Hyten, the head of US Strategic Command, told an audience at the Reagan National Defense Forum in Simi Valley, California.

"They're building those capabilities to challenge the United States of America, to challenge our allies, and to change the balance of power in the world," added Hyten, who oversees all US military operations in space. "We cannot allow that to happen."

Russia and China saw how the US military made successful use of satellites during military operations like the 1991 Gulf War and now seek ways to deny the US the ability to use satellites in future conflicts, Hyten said.

One critical space-based asset are satellites that warn US military planners about the launch of enemy missiles.

"Every missile that comes off the planet is seen first by one of our overhead missile warning capabilities," Hyten said, adding that the satellites are "not easy to defend."

Republican Rep. Mike Rogers of Alabama, a member of the House Armed Services Committee, spoke alongside Hyten about the threats to US satellites.

"Most folks aren't thinking about the fact that our first way of detecting a launch by North Korea, so that we can turn our radars to start tracking it and start aiming our interceptors to be able to get it in time, is a satellite up there waiting for that heat signature," said Rogers, a vocal advocate of creating a separate US military Space Corps.

"We can not let that satellite be dazzled for 10 or 15 minutes, it would be too late," he added.

Hyten advocated for making satellites more defensible, but he acknowledged that there are currently no rules of engagement when it comes to military conflict in space, adding that international norms are needed.

Heather Wilson, the secretary of the Air Force, said the US needs to embrace a new policy and make it clear that if command and control or warning satellites are targeted, the US "would consider that to be a hostile act" and respond.

"It's probably time as a country that we start to talk about this," Wilson said.