US government seizes dozens of US website domains connected to Iran 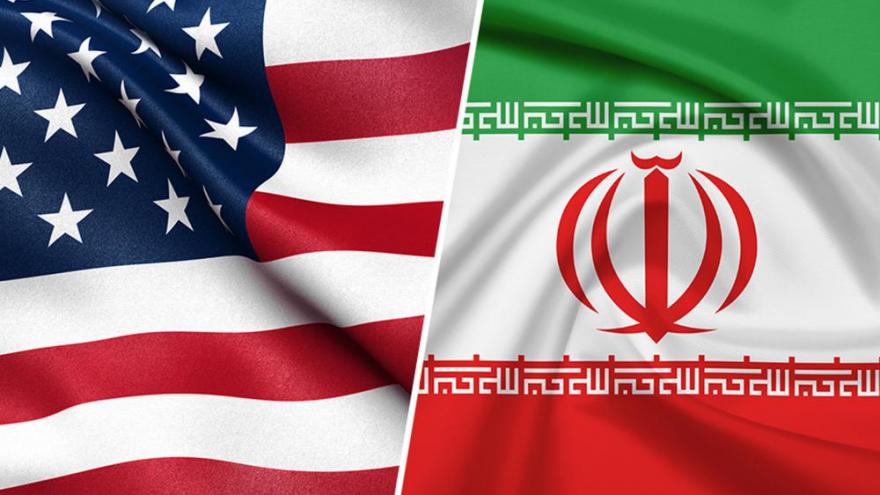 The United States government has seized dozens of US website domains connected to Iran, linked to what the US says are disinformation efforts, a US national security official told CNN.

(CNN) -- The United States government has seized dozens of US website domains connected to Iran, linked to what it says are disinformation efforts, the Justice Department confirmed Tuesday evening.

"Pursuant to court orders, the United States seized 33 websites used by the Iranian Islamic Radio and Television Union (IRTVU) and three websites operated by Kata'ib Hizballah (KH), in violation of U.S. sanctions," the agency said in a statement, adding that "components of the government of Iran, disguised as news organizations or media outlets, targeted the United States to subvert U.S. democratic processes."

As a result, some users are not able to access sites like Presstv.com, which is an Iranian state run English language news outlet. When attempting to access, users are seeing the following message: "The domain presstv.com has been seized by the United States Government in accordance with a seizure warrant pursuant to 18 U.S.C. ... as part of a law enforcement action by the Bureau of Industry and Security, Office of Export Enforcement and Federal Bureau of Investigation."

Iran's semi-official Fars News Agency on Tuesday reported the US had blocked the websites of several news agencies including Iranian state-run Press TV.

"The US Admin. Blocked Websites of Several News Agencies & TV Channels, Including Press TV, Al-Masirah, Al-Alam & Al-Maalomah, on Tuesday in A Flagrant Violation of The Freedom of The Press," Fars tweeted.

Al-Masirah is a Houthi-run outlet and Al-Alam is Iran's Arabic-language channel.

While it does not explicitly say its website has been seized, the English language Press TV account tweeted, "In what seems to be a coordinated action, a similar message appears on the websites of Iranian and regional television networks that claims the domains of the websites have been 'seized by the United States Government.'"

Both Press TV and Fars' tweets included a photo of a notice saying "this website has been seized" with text saying the domain "has been seized by the United States Government in accordance with a seizure warrant."

The seizure of the outlets, which a US national security official detailed to CNN earlier Tuesday, comes just days after the election of Iranian hardliner Ebrahim Raisi as the nation's next president in a process the US State Department called "pre-manufactured" and not free and fair. All of Raisi's serious rivals were barred from the race and overall voter turnout was 48.8%, the lowest figure since the establishment of the Islamic Republic in 1979.

In a news conference Monday, the Iranian President-elect ruled out a meeting with US President Joe Biden and called on the US to lift sanctions on Tehran and rejoin the Iran nuclear deal.

The US government's seizure of the outlets is a potentially provocative move amid the talks in Vienna about the the 2015 nuclear agreement. The sixth round of those discussions -- aimed at returning the US to the deal and getting Iran back into compliance -- wrapped up over the weekend.

State Department spokesperson Ned Price told reporters Monday that the US expected there to be a seventh round of talks and that Raisi's election would not have an impact on the negotiations in the Austrian capital.

"When it comes to our diplomacy, we've always said that it is absolutely in our interests to arrive at a mutual return to compliance with the JCPOA precisely because it would allow us to once again permanently and verifiably prevent Iran from obtaining a nuclear weapon," he said. "That was in our interests before the Iranian election. It is manifestly in our interests after the election."

"I would make the point that even though Iran will have a new president in the coming weeks, ultimately it is Iran's supreme leader who determines Iran's policy on a range of important issues," Price added.