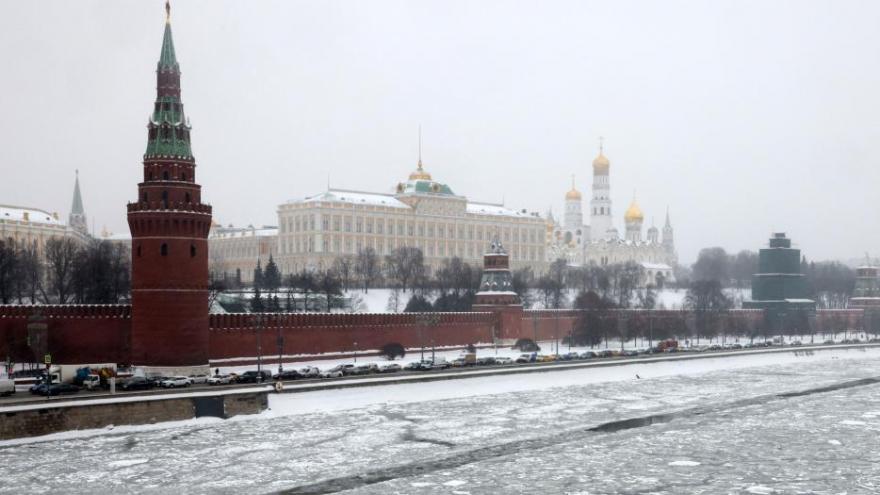 The United States has identified Russian elites who will be sanctioned if Putin invades Ukraine. Pictured is the Grand Kremlin Palace.

(CNN) -- The Biden administration has identified several elite Russian government officials and business leaders that the US intends to sanction if Russia invades Ukraine, a senior administration official told CNN.

The official said "specific sanctions packages" have been developed against Russian elites "in or near the inner circles of the Kremlin and play a role in government decision-making, or are at a minimum complicit in the Kremlin's destabilizing behavior." Their families would be sanctioned too, the official said.

The disclosure that the Biden administration is preparing sanctions against Russian elites is the latest effort by the US to deter Russia from attacking Ukraine, as it continues to build up forces near Ukraine's borders.

President Joe Biden said last week that he would consider sanctioning Russian President Vladimir Putin himself if Russia invaded. But the official declined to reveal the names of the particular individuals the US is eying for potential sanctions, since the administration does not want the individuals to have any prior warning.

"There is a broad list of individuals we can pull from," the official said, noting that some would be taken from a classified report the Treasury Department sent to Congress in 2018 naming senior political figures and oligarchs in the Russian Federation. "We cannot disclose the contents of this list or name specific names given flight risks, but it provides ample targets and family networks involved in stashing their assets."

The sanctions being developed against the senior Russian officials, business leaders and other elites are just one part of a range of consequences the US says it is prepared to impose on Russia if it moves to attack, the official said.

"These include massive sanctions targeting the largest institutions in key industries, unprecedented export control measures to atrophy Russia's ability to pursue its strategic ambitions, and punishing elites close to Putin complicit in his destabilizing actions and their families," the official said.

The US has become increasingly concerned that a Russian incursion could come at any time. White House press secretary Jen Psaki said last week that a Russian invasion is "imminent," given the massive and growing number of troops and military equipment stationed along Ukraine's borders.

The senior administration official noted that many of the elites the US is eying for sanctions are "particularly vulnerable targets" because of their extensive financial ties with the West -- assets that would be frozen if they were sanctioned.

"Putin's cronies will no longer be able to use their spouses or other family members as proxies to evade sanctions," the official said. "Sanctions would cut them off from the international financial system and ensure that they and their family members will no longer be able to enjoy the perks of parking their money in the West and attending elite western universities."

"The Russian elite should fear the consequences that would befall them should Russia further invade," the official added.