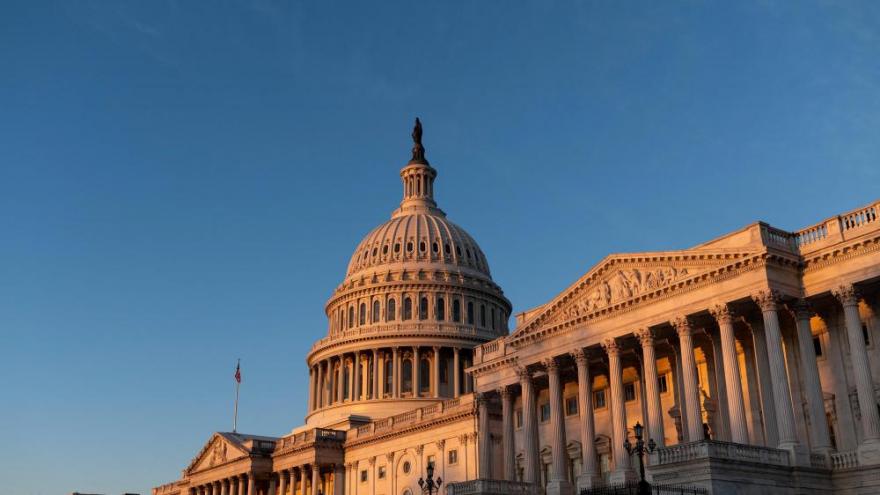 The US House passed legislation that would ban race-based hair discrimination in employment and against those participating in federally assisted programs, housing programs, and public accommodations.

(CNN) -- The US House on Friday passed legislation that would ban race-based hair discrimination in employment and against those participating in federally assisted programs, housing programs, and public accommodations.

The Democratic-led House voted 235-189 to pass the CROWN Act, which stands for "Creating a Respectful and Open World for Natural Hair." The bill seeks to protect against bias based on hair texture and protective styles, including locs, cornrows, twists, braids, Bantu knots, and Afros.

The bill now heads to the Senate, where Democratic Sen. Cory Booker of New Jersey has sponsored the chamber's version of the bill.

The Biden administration this week said it "strongly supports" the CROWN Act and "looks forward to working with the Congress to enact this legislation and ensure that it is effectively implemented."

Republicans objected to the bill, arguing that federal law already covers this kind of discrimination and that Democrats should be focusing on other issues, like inflation and high gas prices.

"Fourteen months of chaos and we're doing a bill on hair," Republican Rep. Jim Jordan of Ohio said Friday, adding, "I hope we can actually focus on the things that matter to the American people."

Democrats acknowledged that such discrimination is prohibited under existing federal law, such as the 1964 Civil Rights Act but said courts have misinterpreted the law by narrowly interpreting the meaning of race, thus allowing discrimination against people who wear natural or protective hairstyles.

This is the second time this year the House considered the legislation. The bill failed to pass the House last month when Democrats sought to fast track it. Fifteen Republicans joined with Democrats to pass the bill, but it did not reach the required two-thirds threshold to pass.

The House on Wednesday passed a resolution clearing the way for the bill, H.R. 2116, to be reconsidered.

The House passed the CROWN Act last Congress, but the bill stalled in the Senate where Republicans had held control. Now, Democrats have a 50-50 majority in the Senate, with Vice President Kamala Harris as the tie-breaking vote.

The CROWN Act is already law in more than a dozen states, after California was the first to pass it in 2019. Massachusetts recently advanced its version of the CROWN Act in the state House, which now heads to the state Senate.