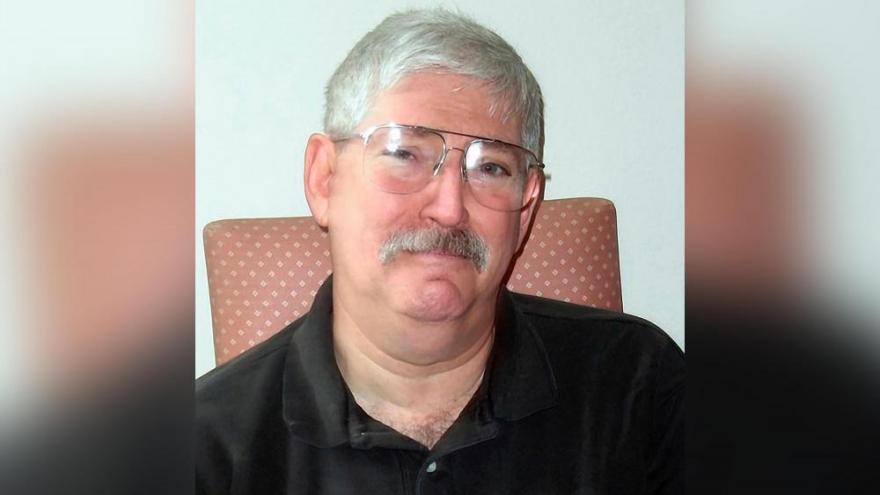 The US identifies and sanctions two Iranian intelligence officers for abduction and 'probable death' of Bob Levinson.

(CNN) -- The Trump administration on Monday identified and sanctioned two senior Iranian intelligence officials whom the US government says were involved in the abduction and "probable death" of former FBI agent Robert Levinson.

The action comes nearly 14 years after Levinson disappeared in Iran and almost nine months after his family announced they had received information to conclude he had died.

Senior US government officials told reporters Monday they have determined that Mohammad Baseri and Ahmad Khazai, officers from Iran's Ministry of Intelligence and Security, had "direct involvement in the abduction, detention and probable death" of Levinson.

"With this announcement, the United States Government is initiating the first public actions against the Iranian government to hold them accountable for the abduction of Robert Levinson—the longest ever held American hostage," White House press secretary Kayleigh McEnany said in a statement Monday. "The United States will relentlessly pursue all others involved as the investigation continues."

Secretary of State Mike Pompeo on Monday called on the Iranian government "to provide a full accounting of Mr. Levinson's fate, and we will not rest until all Americans wrongfully detained by Iran are back home," adding that he hoped "today brings the Levinson family some of the answers and justice they deserve."

In a statement, the Levinson family thanked the Trump administration for the announcement, and said it "is just one step in a long road toward achieving justice for him, but it is an important one."

"No matter how long it takes, we will find the individuals who are responsible for what happened to Bob Levinson, and we will hold them accountable," they said.

A US government official would not discuss the specifics of how the US government reached its conclusion about Baseri and Khazai's culpability in Levinson's case, citing the need to protect intelligence sources and methods.

Under Monday's sanctions, just over a month before President Donald Trump leaves office, "all property and interests in property of these persons that are in the United States or in the possession or control of U.S. persons must be blocked and reported to" the Office of Foreign Assets Control. The designations also provide for secondary sanctions.

A second senior US government official said there was no reason for the timing of the announcement "other than it's a complex case."

"Obtaining the information, processing it, and all due diligence required, necessitated the release at this time," they said.

According to the US government, Levinson was abducted in early March 2007 after traveling to Kish Island, Iran.

His family announced in March that they had received information from US officials that led them to believe he had died in Iranian custody.

"We don't know when or how he died, only that it was prior to the COVID-19 pandemic," they said in a statement at the time.

"It is impossible to describe our pain," the family said.

Iranian officials had long maintained that Levinson was not in their custody and denied knowledge of his whereabouts.

However, a United Nations working group said in November 2019 that Iran's Justice Department had acknowledged that there was "an on-going case in the Public Prosecution and Revolutionary Court of Tehran" for Levinson.

McEnany said that "(i)t is clear that not only were senior Iranian officials responsible for Mr. Levinson's disappearance, but that they took deliberate actions to obscure their involvement through an extensive disinformation campaign."

CNN has reached out to the Iranian Mission to the UN for comment on Monday's sanctions.

In November 2019, the State Department offered up to a $20 million reward for information leading to Levinson's location, recovery and return. There is also a $5 million FBI reward.

The first senior US government official said that they were hopeful that Monday's "public naming of these MOIS officials for their involvement in Bob's disappearance will hopefully lead to some others coming forward with information about Bob and people involved in his hostage taking."

The Trump administration has secured the release of Americans Michael White and Xiyue Wang from Iranian detention, but several others -- Morad Tahbaz and Siamak and Baquer Namazi -- remain in custody.

The senior US government officials said they remain committed to securing their release. One urged the incoming Biden administration -- which is expected to rejoin the Iran nuclear deal -- not to make a deal with Tehran unless it guarantees the release of US detainees.

"There should be no agreement negotiated with Iran ever again that doesn't free the Americans who are unjustly detained in that country," the third official said.