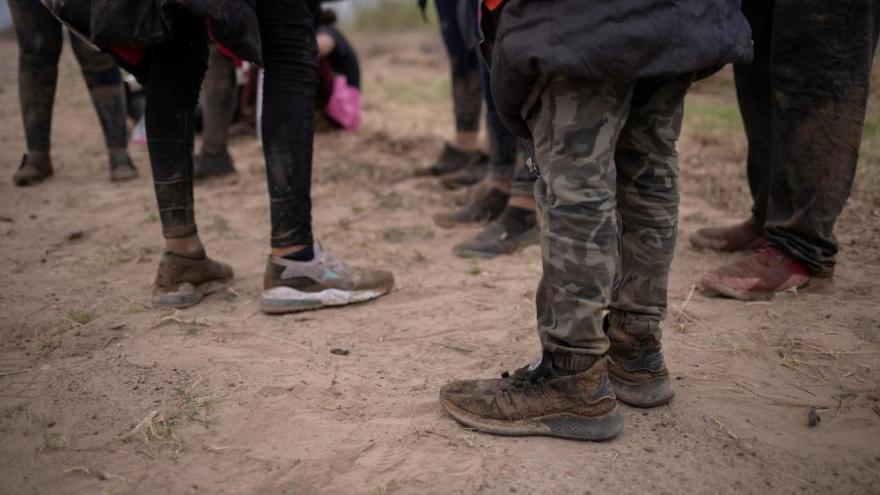 About a dozen asylum seeking unaccompanied minors from Central America are separated from other migrants by U.S. Border Patrol agents after crossing the Rio Grande river into the United States from Mexico on a raft in Penitas, Texas on March 14.

(CNN) -- The leaders of two US immigration agencies issued new guidance Monday ordering staff to end the use of terms such as "illegal alien" and "assimilation," according to two officials, words that immigration advocates had criticized as dehumanizing.

A pair of memos issued Monday from Tae Johnson and Troy Miller, the acting heads of Immigration and Customs Enforcement and Customs and Border Protection, outlined the updated language for all external and internal communications to align with the Biden administration's guidance regarding immigration terminology.

The terms "alien" will be replaced with "noncitizen" or "migrant," "illegal alien" with "undocumented noncitizen" or "undocumented individual," and "assimilation" will change to "integration," according to one official, who asked not to be identified because they were not authorized to speak to the media.

CNN has reached out to CBP and ICE for comment. The Washington Post first reported on the change.

President Joe Biden's proposed comprehensive immigration reform bill, if passed, would remove the word "alien" from US immigration laws, replacing it with the term "noncitizen."