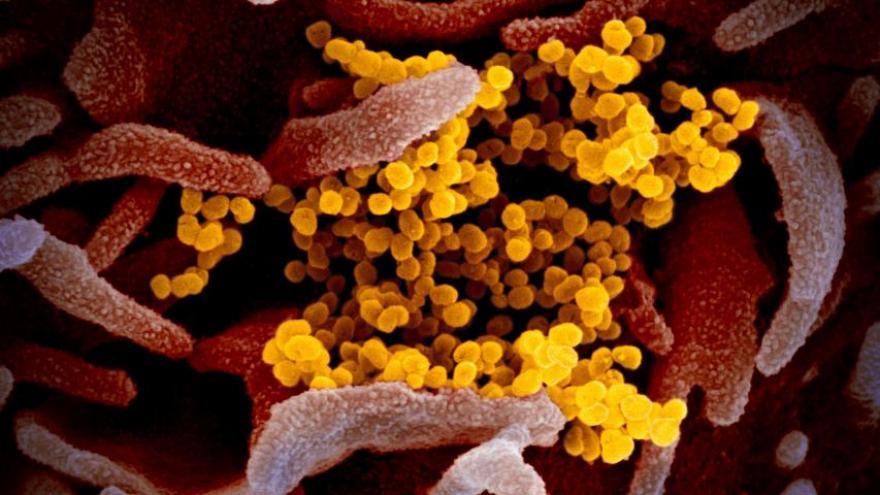 The 17-page report from the Office of the Director of National Intelligence offered no new conclusions -- the intelligence community remains split about whether the virus originated naturally or escaped from a lab -- but it did address specific open-source theories that proponents have argued proved one of the two theories. In every case, the intelligence community concluded either that the data was insufficient to reach a conclusion or that the theory was patently wrong.

The intelligence community in August released a two-page summary of the findings of the review; this release is the full, declassified report. Many of the intelligence community's specific methods and findings remain classified, but the summary did reveal that overall, four agencies in the intelligence community assessed with low confidence that the virus likely jumped from animals to humans naturally in the wild, while one element assessed with moderate confidence that the pandemic was the result of a laboratory accident, "probably involving experimentation, animal handling, or sampling" by a lab in Wuhan, where the first known outbreak was recorded.

Still, the full report released Friday does give new insight into how the intelligence community viewed different puzzle pieces of publicly known evidence. For example in one high-profile instance, the intelligence community assessed that the fact that researchers at the Wuhan Institute of Virology (WIV) fell sick in the fall of 2019 "is not diagnostic of the pandemic's origins," the report reads. "Even if confirmed, hospital admission alone would not be diagnostic of COVID-19 infection."

The report explicitly rejects some public theorizing that a particular genetic feature of the coronavirus that causes Covid-19, known as a furin cleavage site, proves that the virus was created in a lab.

"The IC assesses that public claims that some distinguishing features in SARS-CoV-2 are the result of genetic engineering are not diagnostic of genetic engineering," the report reads. "[The] furin cleavage site (FCS)—a region in the spike protein that enables infection and has been the topic of open-source debate—can also be consistent with a natural origin of the virus."

It also states that Covid-19 was likely not developed as a biological weapon, as some Republicans had suggested last year.

FBI had 'moderate confidence' in lab-leak theory, according to two sources

The report reveals new details about the evidence on which analysts backing the so-called lab leak theory based their conclusions.

It does not name the individual agencies, but two sources familiar with the matter tell CNN that the "moderate" confidence assessment came from the FBI. There were also some analysts at different agencies within the intelligence community that were unable to agree on either explanation who offered a low-confidence assessment that the virus came from a lab.

These analysts "place emphasis on academic articles authored by WIV employees indicating that WIV scientists conducted research on other coronaviruses under what these analysts consider to be inadequate biosafety conditions that could have led to opportunities for a laboratory-associated incident," the report states.

The FBI referred CNN to the Office of the Director of National Intelligence, which declined to comment on the suggestion the FBI had "moderate confidence" in the lab leak theory.

Analysts in favor of the lab leak theory also took into account that the initial recorded outbreak of the virus occurred only in Wuhan, where the lab was located, "and that WIV researchers who conducted sampling activity throughout China provided a node for the virus to enter the city."

Ultimately, they believed that Wuhan Institute of Virology researchers' "inherently risky work with coronaviruses provided numerous opportunities for them to unwittingly become infected" with the virus, according to the report. "These analysts note that it is plausible that researchers may have unwittingly exposed themselves to the virus without sequencing it during experiments or sampling activities, possibly resulting in asymptomatic or mild infection," the report reads.

But the report also notes that the intelligence community "has no indications" that the institute's research involved either the virus that causes Covid-19 or a close progenitor virus, and, ultimately, that the community will be unable to come to a more definitive conclusion one way or the other without new information.

Analysts who support the theory of a natural origin, meanwhile, gave weight to Chinese officials' lack of foreknowledge of the outbreak and the fact that past novel infectious disease outbreaks have occurred naturally, according to the report. Although no confirmed animal source for the Covid-19 pandemic has been identified yet, these analysts note that in past disease outbreaks, "the identification of animal sources has taken years, and in some cases, animal sources have not been identified."

These analysts also found it to be more likely that one of China's many hunters, farmers and others with frequent contact with animals was infected in the wild than the possibility that a laboratory worker at the virology institute was inadvertently infected while collecting animal specimens, according to the report.

A source had previously told CNN that the CIA was one of the agencies that did not lean one way or the other.

"The global scientific community does not know exactly where, when, or how the first human infection with [the coronavirus] occurred," the report concludes.

This story has been updated with further details from the report.