US is expelling 12 Russian UN diplomats 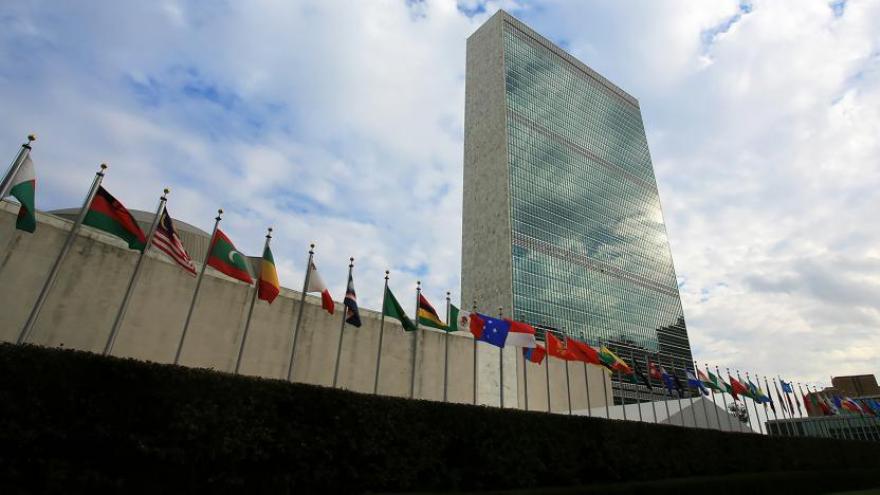 The United States has asked 12 Russian United Nations diplomats to leave the US, accusing them of "espionage activities."

(CNN) -- The United States has asked 12 Russian United Nations diplomats to leave the US, accusing them of "espionage activities," as Russia continues its attack on Ukraine.

The Russian diplomats were asked to leave due to their alleged engagement in "activities that were not in accordance with their responsibilities and obligations as diplomats," Ambassador Richard Mills, deputy representative of the United States to the United Nations, said during a UN Security Council meeting Monday afternoon.

Russian Ambassador to the UN Vassily Nebenzia responded by saying Mills' explanation of the expulsions was "not satisfactory."

The diplomatic expulsions were announced less than a week after Russia began its attack on Ukraine, though the US said that the move had been in the works for several months. Last week, the US expelled the second-most senior diplomat at the Russian embassy in response to Moscow's expulsion of the second-ranking US diplomat in Moscow earlier in the year. The State Department announced the expulsion in the hours after Moscow began its bombardment and invasion of Ukraine.

The US Mission to the UN also said in a statement that the 12 Russian diplomats were "intelligence operatives...who have abused their privileges of residency in the US by engaging in espionage activities that are adverse to our national security."

"We are taking this action in accordance with the headquarters agreement. Today's action has been in the works for several months," US Mission spokesperson Olivia Alair Dalton said.

CNN has also reached out to the State Department for comment.

Nebenzia first announced the news of the expulsions during an earlier press briefing at the UN Monday afternoon. He said he did not know which 12 diplomats were among those asked to leave, but said US officials visited the Russian Mission to the UN and delivered a letter demanding that they leave the country by March 7.

"I've just received information that the US authorities have undertaken another hostile action against the Russian Mission to the United Nations grossly violating their commitments on the host country agreement that they undertook," Nebenzia told reporters. "They just visited the Russian Mission and gave us a note prescribing us to do what they demand."