US jets intercept Russian military aircraft off the Alaskan coast 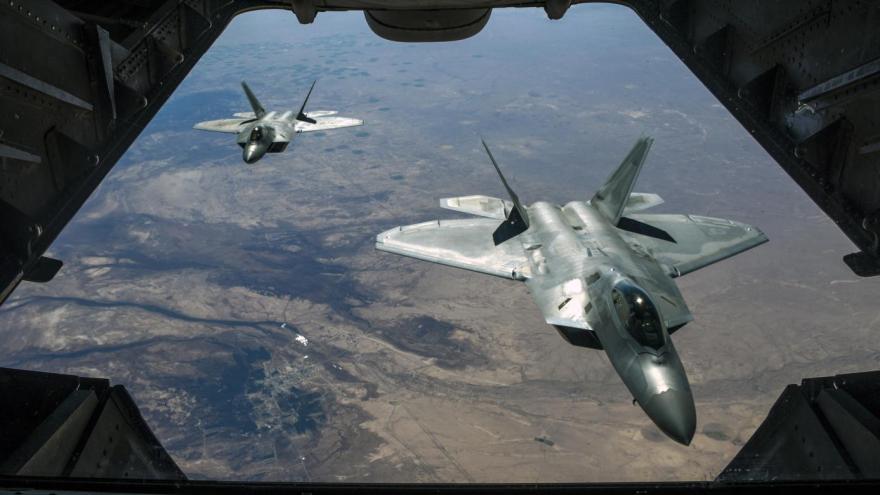 US F-22 fighter jets intercepted Russian military aircraft in international airspace off the coast of Alaska, according to North American Aerospace Defense Command.

The intercept took place amid heightened tensions between the US and Russian militaries, tensions that were thrust onto center stage this week when a collision between American and Russian military vehicles in Syria injured seven US service members and led Moscow and Washington to blame each other for the incident.

While the Russian aircraft came within 50 nautical miles of the Alaskan coast, they remained in international airspace.

On Thursday, US Northern Command said it was monitoring a Russian submarine that had surfaced in international waters off the coast of Alaska.

A US official told CNN that is very unusual for a Russian submarine to surface in that area.

Russia occasionally flies military aircraft into the Alaskan Air Defense Identification Zone, which extends beyond US and Canadian airspace, and those incursions are often intercepted by US or Canadian jets operating as part of NORAD.

However, US military officials say there has been an increase in such Russian flights in recent months.

"This year, we've conducted more than a dozen intercepts, the most in recent years. The importance of our continued efforts to project air defense operations in and through the north has never been more apparent," Gen. Glen VanHerck, the commander of NORAD, said in a statement Friday.

The US conducted its own show of force on Friday, flying four B-52 bombers over all 30 members of NATO.