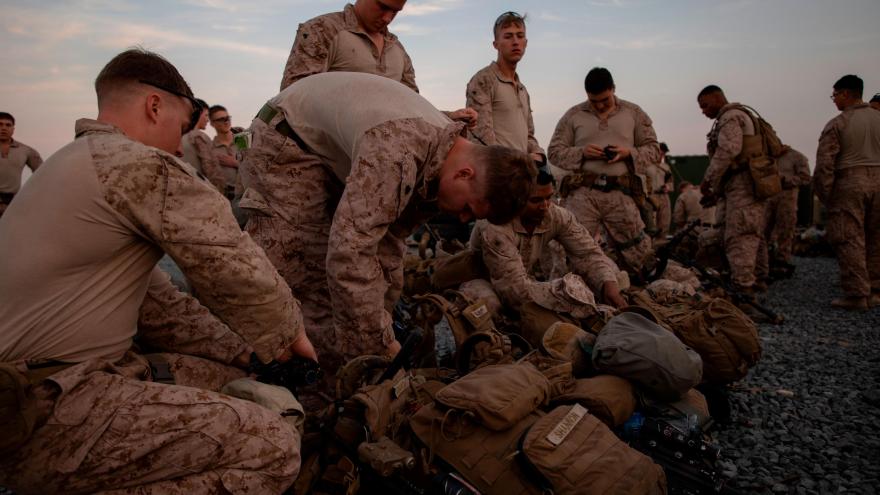 (CNN) -- The US-led military coalition fighting ISIS announced Sunday that it's temporarily stopping its counter-ISIS missions in order to focus on protecting Iraqi bases and coalition forces there from Iranian-backed militias.

Citing the recent attacks by the Kataib Hezbollah militia, which have resulted in the deaths of a US civilian contractor and Iraqi security forces, the coalition said: "We are now fully committed to protecting the Iraqi bases that host Coalition troops."

"This has limited our capacity to conduct training with partners and to support their operations against Daesh and we have therefore paused these activities, subject to continuous review," the coalition said in a statement, using the alternative name Daesh for ISIS.

The change in priorities adds to a growing list of maneuvers by the US in response to increasing tensions in the region. The US is currently bracing for potential retaliatory actions by Iran and militias backed by the country in response to a US attack in Iraq last week that killed Iranian military commander Qasem Soleimani and several others.

On Sunday, the military adviser to Iran's Supreme Leader said his country's response to the killing of Soleimani will certainly be a military response "against military sites."

America "should accept appropriate reactions to their actions. The only thing that can end this period of war is for the Americans to receive a blow that is equal to the blow they have inflicted. Afterward they should not seek a new cycle," Hossein Dehghan said in an exclusive interview with CNN.

CNN reported last week that coalition forces had decided to only conduct "limited" counter-ISIS missions with the Iraqi Security Forces and prioritize force protection due to the attacks by Kataib Hezbollah and other security concerns. That move has now turned into a full pause.

"We remain resolute as partners of the Government of Iraq and the Iraqi people that have welcomed us into their country to help defeat ISIS. We remain ready to return our full attention and efforts back to our shared goal of ensuring the lasting defeat of Daesh," the coalition said in its statement on Sunday.

Lt. Gen. Pat White, the commanding general of the coalition, added in a Sunday tweet that force protection "is our #1 priority. Period."

The separate NATO training mission in Iraq has also announced that it has suspended its efforts to train local security forces.

The suspension of counter-ISIS efforts comes amid concerns about the terror group's continued presence in Iraq and Syria and adds to fears that it could reconstitute itself absent of military pressure.